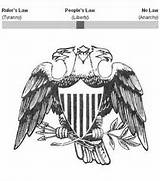 If you were to look beyond the song-and-dance; smoke screens, flashing mirrors and the illusions portrayed by bias driven, recording of historical chronology, by the official governmental indoctrinators, you would find a singular cause of the worlds perpetual unrest; that of religious prejudice. Even our most recent World Wars, were fueled by the Crusade Mentality.
END_OF_DOCUMENT_TOKEN_TO_BE_REPLACED