Worshipping The Holy Spirit Of The Universe 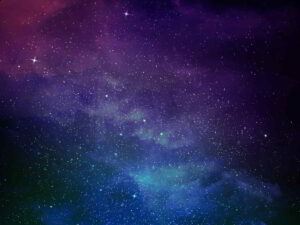 Worshipping The Holy Spirit Of The Universe

In ancient times, the Slavic People’s knew the Secrets to the Holy Laws of Creation; the very laws that govern all existence; those that bring harmony and balance to the galaxies and unto all that live and thrive within this dimension.

Yes! They knew and comprehended the intricate synchronicity between the multi-dimensional realms of life; they knew the balance of the microcosm, and the macrocosm (the inner and the outer; the above and the below).

They understood the subtle energy fields that encompassed all planetary bodies, and of the mysterious parallels to those of our own physical human bodies. These energies within us were known as our Chakra System, which was profoundly bound unto the glandular system of our body, bringing harmonic balance to the structure of our physiology.

This energy force spilled out into our outer spiritual body to become the static force-field known as the aura; which could be seen with the spiritual mind and eye. By understanding the various aspects of the color spectrum, which reverberated around an individual’s body, much could be known in an instant, to the very nature and character of the soul of that individual.

Were they strong or weak: in body, mind, and spirit?

Were they healthy or prone to illness?

An individual of honor and integrity; filled with wisdom and refinement; or were they feeble, deceptive and obtuse?

Were they Spiritual and connected to their Soul, or was their existence based on carnal gratification and the pacifying of the flesh?

The spiritually wise understood the hidden Power of the Angelic Realms, which are the secret tendrils that unify all earthly flesh to the cosmos, and even beyond, unto the Great Source of all Life, the Heavenly, Universal Creator God.

But this God was not one of the “Anunnaki” war gods known as the “Elohim”; he was pure “Spirit”, and dedicated solely to the “Act of Creation”, through the “Power of unconditional Love”.

Wisdom abounded within this ancient Vedic Culture; the ancient sages wrote many great literary works, some of which survive today, in the nations such as Tibet and India.

The Vedic-Slavs were the original writers of the books known as the Vedas.

In fact! Many of the original manuscripts of knowledge and wisdom have survived the epochs of life, and have become the inspiration to books such as the Bhagavad Gita, the Upanishads, the various Puranas, and Sutras, including the Mahabharata, and the Ramayana. All ancient wisdom texts were greatly influenced by the knowledge, and teachings of the Russian-Vedic Slavs; who knew the secret esoteric wisdom of the science of spirituality.

In essence, this was the Angelic Realm that was revealed to humankind through the development and refinement of inner-spirituality, the soul, and prophetic gifts of the Holy Spirit.

Ultimately! They were one nation and one tribe; but as the millennia unfolded through life, major influences of localized culture, began to shape the destiny of these Noble Peoples.

During the time of “Messiah”, Joshua Ben Joseph; many of his personal Disciples were sent to the far-reaching outlying territories of both the northlands and the far-east; to those prominent lands of the Israelite-Slavs. To facilitate the outpouring of the Holy Spirit, and to inspire a revival of the ancient beliefs as established throughout the ages by prominent Essene Sages, Prophets, and Leaders.

The northlands of Russia, and Siberia, were visited many times by the emissaries of the Messiah; during which many new manuscripts were given detailing the life of Joshua; his ministry, teachings, his purpose, and a revelation of his prophetic journey of life.

This helped forge a new philosophy amongst many of the tribes, who had inevitably, began to be watered down as the eons flew by; things become forgotten; humanities wants and needs are constantly evolving and changing, and weakness pervades.

It is obvious, that not all the Slavs of the northern provinces, readily accepted the newly revised doctrines of the Messiah, but a good share of the people did, welcoming with open hearts, minds, and arms the philosophy of salvation, through a spiritual awakening of the prophetic gifts of God.

People say that the Holy Spirit is a “Comforter” because it brings to fruition a certain peace deep within the heart and soul of those who have experienced pain in one form or another!

Unfortunately! The masses of humanity have construed an interpretation of this concept that belies the true meaning and purpose to this gift. They correlate the workings of the Holy Spirit in conjunction with their philosophy of ‘blind faith’!

“Blind Faith” is just that! A Faith that is blind to any reality other than the one, which could be perceived with the human senses…

“Blind Faith” teaches us to accept all the calamities of life, as simply the expression of God’s Will for that particular individual, making the acceptance of pain and injury bearable for those who are found under the shroud of misfortune.

Because they believe that this is the “Will” of God as ordained for them, they grin and bear the burden of discomfort like soldiers of God, who are caught in the cross-hairs of the eternal struggle between Good and the Evil, and they accept their plight as if collateral damage; a form of self-sacrifice unto God.

Whereas! The truer rendition to this phrase represents the case that we do not believe in ‘Blind Faith” at all.

But quite the opposite…

The Holy Spirit gives True Sight, through the prophetic gifts of revelation, making us aware of literally everything that revolves around our lives within the entire matrix of life; the seen and the unseen; physically as well as spiritually; within our reality as well as inter-dimensionally!

Our Life is a Looking Glass into our Soul, and the Holy Spirit will reveal important and crucial elements to our daily living that can greatly influence and impact our personal Karma.

The Laws of Attraction are true and real! The very things that we think, do, and say throughout our personal lives hold decisive sway in the way the Universe deals with us.

It is the duty and responsibility of the Holy Spirit to make sure that we are informed, at all times, to the events that will inevitably coincide with our choices and decisions.

For Truly! We are the one’s who control our destinies.

The Holy Spirit is there to make sure that the destiny that we write for ourselves is based upon truth, wisdom and knowledge…