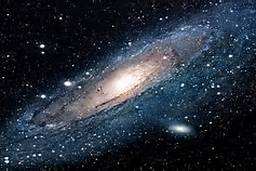 Part 5: The Holy Law Of Life

Evening was the beginning of their day and their Sabbath or holy day began on Friday evening, the first day of their week.

This day was given to study, discussion, prayer and the singing of songs that could awaken the Power of the Holy Spirit within. They dedicated time to entertain visitors who came to worship with them. They played certain musical instruments, replicas of which have been found.

Their way of life enabled them to live to advanced ages of 120 years or more and they were said to have marvelous strength and endurance. In all their activities they expressed creative love.

They sent out healers and teachers from the brotherhoods, amongst whom were Elijah, John the Baptist, John the Beloved and the great Essene Master, Joshua.

Membership into the brotherhood was attainable only after a probationary period of a year and three years of initiatory work, followed by seven more years of study and spiritual development, before being given the full inner teaching.

Records of the Essene way of life have come down to us from writings of their contemporaries. Pliny, the Roman naturalist, Philo the Alexandrian philosopher, Josephus the Jewish historian and soldier, Solanius and others spoke of them variously as “a race by themselves, more remarkable than any other in the world,” “the oldest of the initiates, receiving their teaching from Central Asia,” “teaching perpetuated through an immense space of ages,” “constant and unalterable holiness.”

Some of the outer teaching is preserved in Aramaic text in the Vatican in Rome. Some in Slavic text was found in the possession of the Habsburgs in Austria and said to have been brought out of Asia in the thirteenth century by Nestorian priests fleeing the hordes of Genghis Khan.

Echoes of the teaching exist today in many forms, in rituals of the Masons, in the seven-branched candlestick, in the greeting “Peace be with you,” used from the time of Moses.

From its antiquity, its persistence through the ages, it is evident the teaching could not have been the concept of any individual or any people, but is the interpretation, by a succession of great Teachers, of the Law of the Universe, the basic Law of Love, eternal and unchanging as the stars in their courses, the same now as two or ten thousand years ago, and as applicable today as then.

The teaching explains the Law, shows how man’s deviations from it are the cause of all his troubles, and gives the method by which he can find his way out of his dilemma.

From the Book of Hymns VII of the Dead Sea Scrolls

Thou hast made known unto me Thy deep, mysterious things. All things exist by Thee and there is none beside Thee. By Thy Law Thou hast directed my heart that I set my steps straight forward upon right paths and walk where Thy presence is.

The Law was planted to reward the children of Light with healing and abundant peace, with long life, with fruitful seed of everlasting blessings, with eternal joy in immortality of eternal Light.