The Spiritual Gift of Intuition 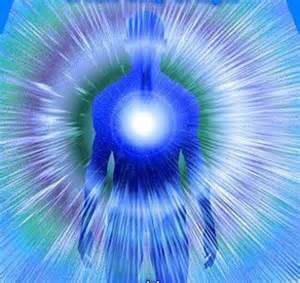 Intuition is a God-given faculty in the human being.

It is the beginning of your direct link to God.

The fact is, we are not separate from God, nor is God distant from us.

This is an illusion created by mankind!

If you believe that God is remote, living in some far-off place called Heaven, it is you who have created the separation.

God is the “Spirit of Life” in “All” things, and especially in all people.

The members of the animal kingdom are endowed with their instinct, which is synonymous with the gift of Intuition. In essence, they are the same faculty, yet on a different biological and evolutionary level.

For as the life-force of God lives through both animals and humans alike, it is through this special faculty that an Intelligence guides them beyond their own capabilities; this, in essence, is the “Intelligence of God.”

One main difference between an animal and a human being is that the first has simple-consciousness, and the second has self-consciousness.

In other words, the animal is aware, but the human is aware that he is aware, and he is especially aware of himself. This allows the for development of “Realization” because self-awareness is required for spiritual unfoldment to take place. When you are aware of your own self, you will soon become aware of the God-being within.

Therefore, the next level of deeper awareness is “Cosmic Consciousness,” which is in humanity’s reach through Intuition.

Through the Intuition, God’s Intelligence guides the human species, just as He guides animals through instinct. However, another significant difference is that mankind can receive intuitive guidance from his Creator, including the ability to come to truly “Know” the Creator and to develop a genuine relationship with the Most Holy One.

This developing spiritual intimacy leads to what the early mystics called “Divine Union.” But first, you must go through the initiations of Illumination and Self-Realization.

While Intuition is an innate faculty within you and quite often functions when you least expect it, this process must be developed and fine-tuned in order to operate in a much fuller capacity. This is the reason you practice the Spiritual Disciplines, such as Concentration, Visualization, Meditation, Contemplation, and of course, Prayer.

These are tools for fine-tuning the intuitive function.

It is quite often that you will have a hunch, an intuitive flash, or a strong impression for no apparent reason, and it will turn out that you were right.

There have been countless reports of premonition.

There have been prophets, saints, avatars, gurus, or simple religious devotees who could hear the voice of God.

The prophets have the ability to prophesy.

Others have definite abilities in clairvoyance and clairaudience. These are deeper aspects of Intuition, or what many call the Sixth Sense, which is a catchphrase for psychic abilities.

Understand that this development takes place specifically while the soul is unfolding through the Spiritual Initiations because these are an intrinsic part of the whole development of Spiritual Consciousness.

Intuition is the act or faculty of “knowing” without the use of rational processes; it represents immediate cognition. It is knowledge acquired by the use of acute insight, which is simply a way to describe the living spirit of God moving through our inner senses.

The fact is that the finite mind of human beings is limited in this material world, especially as they depend only on five senses and use these with minimum awareness. However, our species actually has six senses but uses the sixth one far less than the other five.

Incidentally, this sixth sense operates through the animal’s instinct as well. Likewise, mankind’s sixth sense is the manifestation of his Intuition.

It is this faculty of Intuition, which you must seriously learn to develop.

This is the bridge, which leads you into God’s Consciousness. Without developing and using it, you remain in the mundane state of self-consciousness, which means your spiritual enfoldment will be much slower.

Developing this Intuition leads to an expanded awareness of things around you and within you. You will perceive things without logical reasoning, receive insights beyond the normal scope of the mind, and become spiritually sensitive to things the usual five senses do not penetrate.

With practice and discipline, realities on a deeper level will open up to you increasingly, for your limited mind will be surrendering over to the Greater Mind of God, just as you will be giving up your will for God’s Will to manifest in your life.