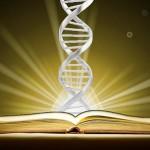 PART: 8 The Tree Of Life

Man’s existence, is bound to the center of the Tree, and is surrounded as in a magnetic field, by all the forces, (or angels), of heaven and earth. He was pictured in the meditation posture, the upper half of his body above the ground and the lower half in the earth. This indicated that part of man is allied to the forces of heaven and part to the forces of earth.

This concept closely parallels that of Zoroaster who represented the universe as a framework of realms with man in its center and the various forces above and below him. It also corresponds to the Toltec ritual performed on the steps of their pyramids with man in the midst of all the forces.

This position of man in the center of the Tree, with the earthly forces below him and the heavenly forces above, also corresponds to the position of the organs in the physical body. The gastric and generative tracts in the lower half of the body, being instruments of self-preservation and self-perpetuation, belong to the earthly forces.

Whereas! The lungs and brain, in the upper half of the body, are the instruments of breathing and thinking and thus connect man with the finer forces of the universe.

Contact with the angelic forces represented by the Tree of Life was the very essence of the daily life of the Essenes. They knew that to be in harmony with these forces they must make conscious effort to contact them.

Ancient writers spoke of the Essenes as an extremely practical people. Their concepts were not just theories; they knew exactly how to be continually aware of the forces about them and how to absorb their power and put them into action in their daily lives.

They had the deep wisdom to understand that these forces were sources of energy, knowledge and harmony by which man can transform his organism into a more sensitive instrument to receive and consciously utilize the forces. Furthermore, they considered that to put himself into harmony with the forces of the Heavenly Father and the Earthly Mother was man’s most important activity in life.

The characteristics of each one of the different forces were very clear to them and they knew what the force meant in each individual’s life and how it should be utilized.

The forces, which correspond with each other, above and below, are as follows:

The Heavenly Father and the Earthly Mother

These correlations showed the Essenes that when an individual contacts any earthly force he is also in touch with a certain heavenly power. This enabled them to understand how necessary it is to be in perfect harmony with each and every one of the forces and angels, both in the visible and invisible worlds.

The symbolical Tree of Life made it clear to the people how inseparably they are linked to all the forces, cosmic and terrestrial, and it showed them what their relationship is to each.

“I am grateful, Heavenly Father, for Thou hast raised me to an eternal height and I walk in the wonders of the plain. “Thou gavest me guidance to reach Thine eternal company from the depths of the earth. Thou hast purified my body to join the army of the angels of the earth and my spirit to reach the congregation of the heavenly angels. “Thou gavest man eternity to praise at dawn and dusk Thy works and wonders in joyful song.”

From The “Thanksgiving Psalms”