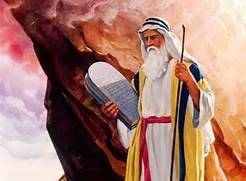 There was the Carnal Exoteric Law given to the masses (the biblical ten commandments), as a guidepost to keep them from corrupt barbarity; and then there was the Law of Life given to the Elect Few, teaching the esoteric rules to the holy laws of the universe, that reveal the hidden mysteries of creation, and the secrets of the Holy God of Life.
END_OF_DOCUMENT_TOKEN_TO_BE_REPLACED