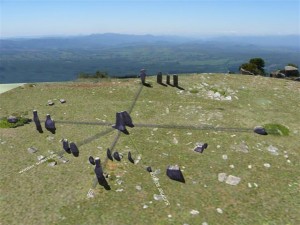 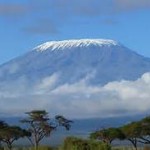 Mt. Ki*li*man*jaro; the words translate directly into, ”The Place Where Man Was Created On Earth”.

The mountain holds the exclusive title of being the largest and tallest in all of Africa. On its lower foothills, are found to exist the ancient Palace ruins of the Lord God Enki; the scientist most directly involved with the creation of modern-day mankind.

At the Palace ruins, are the underground lab facilities, that housed the bio-genetic research center, were experiments with human cloning were conducted. This facility was known as the E-Abzu, which means the underground complex; but was also a term attached to the underground mining operations. Human babies were created within large stone cylinders called “hives”; these are still entombed within the prehistoric medical centers.

The Anunnaki, were purposely involved with creating a working class, slave race, that would work the all important gold and diamond mines, still famous today even after two hundred thousand years of continuous excavation.

Thousands of mine shafts; many hundreds of miles long, criss-cross under the large expansive African Savannah. The whole of South Africa, was populated by millions of black African worker drones, who lived their entire lives underground digging the precious minerals needed by the conquering space travelers.

The ruins of these cities are still there today, and extensive archeological excavations are sifting through the ruble of theses archaic historic sites as we speak.

This was the original Ea-Den, which simply means the “House of Ea/Enki”.

As the population began to grow, it became necessary to import food products, such as wheat and other grains, including fresh fruits and vegetables.

The climate being very harsh, dry, and hot, could not produce enough food products to feed the multitudes.

It was agreed by the Anunnaki Overlords, to begin a second Eden, in the land of eastern Mesopotamia; the Land of Shumer. Here the slave race was to work the farmlands; tend the crops and orchards vital for the sustenance of the masses; the Adama race was created.

In time, they decided to upgrade the genetic material within this level of humanoid, to create a man that could adapt to both the climate, and the form of work needed to till the soil, as farm laborer.

After many centuries of working the mines and the farms, the Anunnaki decided to create a human that could begin working as managers and overseers of the vast projects that encompassed their possessions and holdings. In this eastern Eden, they began putting more of their own “God” DNA into the human clones; they created Ea-Va (EVA, which means the image of Ea/Enki), a new race that virtually resembled the Anunnaki themselves.

The men and women were so beautiful, and intelligent, that the Anunnaki began to take these people into their homes as personal servants, overlords, consorts, concubines, lovers, and even as wives. With this interbreeding taking place, they began creating new races of mankind altogether.

The western Eden, eventually grew into the massive territory known as Upper and Lower Egypt, governed and controlled by the Enki Family Dynasty. Originally, two names were used to distinguish the land “Htw-Ka-Ptah” which translates into the, “House of the Ka of Ptah” (God of Ptah), and “Kemet”, which simply translates as the “Land of Chemistry”. (the foundation of science, bio-engineering, technology)

Whereas to the East, in the Land of Shinar, Shumer, Akkadia, Babylon and Assyria, the Enlil family maintained Dynastic Rule over the course of the millenniums.

Out of the east; from the Lands of Babylon, (Bab-El, which means the “Gate of the God’s) from the loins of Enlil, sprang forth the family of Dimmuzi/Tammuz, (the Babylonian Christ Messiah of Salvation) who eventually became the dying and resurrecting Savior of mankind, through his self-sacrifice on the cross, so that his blood could be shed for humanities sins.

In the west, in the country of Egypt, another dying resurrecting Savior was to hold his position for mankind’s posterity; this was the Pharaoh “Osiris”, the father of “King Tut” (Tutankhamen).

Both of these Savior were born during the winter solstice (December 25th; both to virgin mothers; both were the sons of God the Heavenly Father (Enlil/Jehovah); both died and resurrected; both created miraculous miracles; both tried to lead mankind away from polytheism, (the worshipping of the many regional Anunnaki Gods) to monotheism, (the worshipping of the One True God of Heaven/Babylon, Enlil/Jehovah), both became Anointed Saviors.