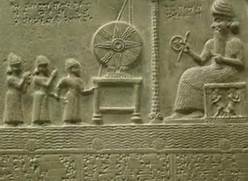 There are to date, according to astronomical observation, close to 200 billion stars within our Milky Way Galaxy; each of these stars is a sun with multiple planets orbiting their perimeter.

Equally so! There are about 200 billion known Galaxies in deep space, the vast majority of which are much larger that our, relatively young, galaxy.

According to visual investigation of our own immediate galaxy, it is found that there are many thousands of planets capable of maintaining advanced life forms, including those of humanity. If one was to carefully evaluate the available data, they could calculate through scientific analyses, that throughout the universe, there are many millions of habitable planets, many much larger and older that our own planet earth.

In theory then, the automatic presumption would be that mankind, or various forms of hominid, already exists through varying degrees of technological progression, throughout the entire universal landscape. Of course it only makes sense!!!

In light of ongoing archeological study through a myriad of archeological excavation sites scattered across the globe, modern day scientists, scholars, and historians have come to the unarguable conclusion, that mankind has been living upon this planet for no less than five hundred thousand years; extraterrestrial visitors have been guests to our planet for millions.

Who are these Extraterrestrial Space Astronauts!

Where do they come From?

Why are they Coming?

When we study man’s recorded history, especially those of our earth’s oldest civilizations (pre flood), we find record repositories that chronicle mankind’s history for nearly 500 hundred thousand years. These include the names and dates of dynastic rulers and kings; their lives and accomplishments.

Included within these annals of history, are the stories of how the Elohim Gods interacted with humanity throughout the epochs of time.

In the simplest context, the word, “Elohim”, simply means “Ell-ian”, such as in our modern-day rendition of the word, “Alien”. The word means the exact same thing.

As the historical legends unfold before our eyes, we find that these Elohim Gods include many diverse races, and they come from many different planets:

Are only a few of these known to our nations leaders!

Over the last twelve thousand years, it was the Anunnaki Elohim that were primarily instrumental in the rebuilding of mankind’s modern day civilization, and were responsible for their technological advancements, which of course were previously destroyed by the famous “Noah’s Flood”.

The Anunnaki were very involved in man’s genetic development, and worked diligently to create the various races that exist even today. The three most prevalent ethnic races include:

The Ea-Vites eventually became known as the Everites, which are today the Hebraic Nations scattered across the globe:

After the Flood, the Anunnaki Overlords began to dissect the continents amongst each other; and were given exclusive managerial rights over the populations that lived under their jurisdiction.

Two half brothers born of Anunnaki Royalty, were given the lands of Egypt and Mesopotamia to develop and to rule:

The vast majority of Biblical Drama that we read about in the Old Testament, was due to these Two Gods unequivocal animosities and grudges towards each other.

As the years transpired, these 2 primary biblical characters came to be known as:

These two individuals, their wives, and immediate offspring dominate the scene of world governance; violence, animosity, and war erupt on a continual basis as they struggle to manipulate these vast regions, and the citizens that reside there.