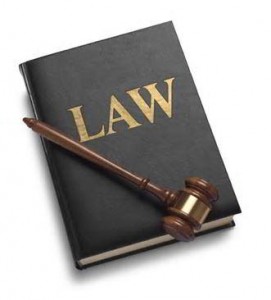 When Anu the Sublime, King of the Anunnaki, and Bel, the Lord of Heaven and Earth, who decreed the fate of the land, assigned to Marduk, the over-ruling son of Ea/Enki; who is the God of Righteousness; who has dominion over earthly man, and made him great among the Igigi (space travelers), they called Babylon by his illustrious name, made it great on earth, and founded an everlasting kingdom in it

Whose foundations are laid as solidly as those of heaven and earth; then Anu and Bel called me, Hammurabi by name; the exalted prince, who feared God, to bring about the rule of righteousness in the land.

To destroy the wicked and the evil-doers; so that the strong should not harm the weak; so that I should rule over the black-headed people like “Shamash” (of the Black Race), and to enlighten the land, in order to further the well-being of mankind.

Hammurabi, the prince, called of “Bel” (Lord) am I, making riches and increase; enriching Nippur and Dur-ilu beyond compare; sublime patron of E-kur; who reestablished Eridu and purified the worship of E-apsu;

Who conquered the four quarters of the world, made great the name of Babylon; who brought rejoicing to the heart of the god Marduk his Lord, who daily pays his devotions in Saggil; the royal scion whom “Sin” (the Moon God) made; who enriched Ur;

I am the humble, and the reverent, who brings wealth to Gish-shir-gal; the White King (of the White Race), heard of Shamash, the mighty, who again laid the foundations of Sippara; who clothed the gravestones of Malkat with green; who made E-babbar great, which is like the heavens;

The warrior who guarded Larsa and renewed E-babbar, with Shamash as his helper; the lord who granted new life to Uruk, who brought plenteous water to its inhabitants, raised the head of E-Anna, and perfected the beauty of “Anu” (God of Heaven) and “Nana” (Queen of Heaven); who is the shield of the land, who reunited the scattered inhabitants of Isin; who richly endowed E-gal-mach; the protecting king of the city, brother of the god Zamama;

Who firmly founded the farms of Kish, crowned E-me-te-ursag with glory, redoubled the great holy treasures of Nana, managed the temple of Harsag-Kalama; the grave of the enemy, whose help brought about the victory; who increased the power of Cuthah; made all glorious in E-Shidlam, the black steer, who gored the enemy; beloved of the god Nebo;

Who rejoiced the inhabitants of Borsippa, the Sublime; who is indefatigable for E-Zida; the divine king of the city; the White Sovereign, the Wise; who broadened the fields of Dilbat, who heaped up the harvests for Urash; the Mighty, the lord to whom come scepter and crown, with which he clothes himself;

The Elect of Ma-ma; who fixed the temple bounds of Kesh, who made rich the holy feasts of Nin-Tu; the provident, solicitous, who provided food and drink for Lagash and Girsu, who provided large sacrificial offerings for the temple of Ningirsu; who captured the enemy, the Elect of the “oracle” (prophecy) who fulfilled the prediction of Hallab.

Who rejoiced the heart of Anunit; the pure prince, whose prayer is accepted by Adad; who satisfied the heart of Adad, the warrior, in Karkar, who restored the vessels for worship in E-ud-gal-gal; the king who granted life to the city of Adab; the guide of E-mach; the princely king of the city, the irresistible warrior, who granted life to the inhabitants of Mashkanshabri, and brought abundance to the temple of Shidlam;

The White; the Potent, who penetrated the secret cave of the bandits, saved the inhabitants of Malka from misfortune, and fixed their home fast in wealth; who established pure sacrificial gifts for God Ea and Dam-gal-nun-na, who made his kingdom everlastingly great; the princely king of the city, who subjected the districts on the Ud-kib-nun-na Canal to the sway of the god Dagon; who is the Creator;

Who spared the inhabitants of Mera and Tutul; the sublime prince, who makes the face of Ninni shine; who presents holy meals to the divinity of Nin-a-zu, who cared for its inhabitants in their need, provided a portion for them in Babylon in peace; the shepherd of the oppressed and of the slaves; whose deeds find favor before Anunit,

Who provided for Anunit in the temple of Dumash in the suburb of Agade;

He who recognizes the way which is called, “Right”; He who rules by law; who gave back to the city of Ashur its protecting god; who let the name of Ishtar of Nineveh remain in E-mish-mish; the Sublime, who humbles himself before the great gods; successor of Sumula-il; the mighty son of Sin-Muballit; the royal scion of Eternity; the mighty monarch, the “Sun of Babylon” (Enlil/Zeus), whose rays shed light over the land of Sumer and Akkad; the king, obeyed by the four quarters of the world; Beloved of Ninni, am I.

When Marduk sent me to rule over men, to give the protection of right to the land, I did it correctly and with righteousness in […], and brought about the well-being of the oppressed.