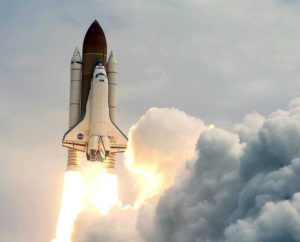 From Deity To Demon: A Mystery Of Words

If you were to ask the average English speaking citizen the meaning of these two terms, “Deity and Demon”, we of course would receive a conceptual translation.

In today’s modern day rendition of these terms, these are the common accepted version of these expressions. But when these words were first created, many thousands of years ago, they held a completely different meaning; one which makes more sense, and holds greater value in the message being conveyed.

When we stand outside during the night, looking up into the vast expanse of the universe, we inadvertently see billions of stars and galaxies; and of course, we understand that these stars are actually glowing suns, with planetary bodies and moons that orbit them in perfect balance.

It is the “Sun” that brings both light and life to the inhabitants of each planet; darkness is a time of closed doors and sleep, while the sunshine brings daylight and vibrant activity.

The True meaning of the term, “Deity” conveys that message.

They came in Space Machines that roared with fiery noise, belching smoke and fire from some otherworldly gadgets that made sky travel possible. These were nothing less than “Gods who came from Heaven; and from the Sun. They captured the Power of the Sun, and they flew upon the “Rays of the Sun’s Brilliance”.

Those extraterrestrials who traveled from the Sun’s in the Heavenly bodies of the Cosmos, were Sun-Gods, and became known as “Dei-Ties” to earth dwellers.

It would be totally inappropriate to call the One True God of the Entire Universe, the Source of All Life and Existence a “Deity”, for that would put great limitations upon his majesty and magnificence; it would seem as if his splendor was limited to some lonely distant solar system in the Milky Way Galaxy, instead of being the Creator of the entire Universe.

He was the Creator of All Life, whereas the Elohim Deities were simply the Creators of a few species of creature and mankind; a task accomplished through the science of Genetic Engineering and Gene Splicing.

And then there are the Dea-Mons!

According to historical translations, the words simply translate into “Demi-Gods”; which of course represents the offspring children of the Anunnaki/ Elohim Gods.

But there is an important meaning to this word, which in turn represents a certain trait of these Demi-Gods.

The word, “De-Mon”, is “One who has captured the Power of the Sun”.

A very significant title given to the first Metal Workers in man’s early history!

Imagine primitive man looking upon a Metal Worker working in the process of smelting ore; hot bubbling melted gooh; glowing in the night; burning with heat; the color of the raging sun. And then taking the raw metal created within the caldron; metal that is heated until it is red hot, and then pounded upon the anvil with a giant mallet, with sparks flying off into the night sky.

To the common observer, this was a frightening sight, graced with magic, and mystery; the blacksmith, was evil looking and foreboding, as he created the first weapons of War.

It was the Space Traveler Deities that taught early man the secret science of Metal Working. These Gods who have learned to harness the Power of the Sun, and they gave this Power to their early earth subjects through their Nephillim Children.

The terms, “Deity, and Demon” represent the Space Traveler who has captured the “Power of the Sun”; not only in the flying space machines, but also as Metal Workers, who gave early man his first basic technology.

It was the gift of metal that catapulted primitive mankind into modern day civilization!

First! It was Weapons of War that were created…

Second! It was Tools of Agriculture…

Third! It was the Industrial Revolution

And now Fourth! It is mankind’s turn to travel the distant stars…

We have become Gods!

We have become Deities! And Demons…