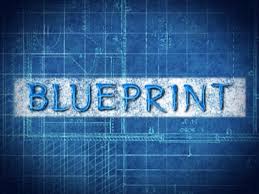 One thousand, seven hundred years ago, the earth witnessed a spectacle of such incalculable influence that it has dominated the scope of human expansion and development.

It literally reverberates through the very essence of modern society!

There are billions of humans alive today; whose very lives are shaped and molded upon tenets passed down through the generations by the progenitors of the Christian Religion and Faith.

But it is a Faith that has been purposely propagated by the secret dynastic architects, those that hold sway over not only governmental regimes, their tendrils reach into the distinct recesses of each home that is found within its boundaries.

Or are we casualties?

Or are we prisoners held in bondage for ransom?

Have we not succumbed to the doctrines of misinformation?

I assure you, we have all been tainted by the “Secret Monastic Agenda” for it has permeated our minds; our bodies; and our lives! Steel Rails have formed immovable ruts within the framework of the established “traditional” belief system! “The Earth has opened its Mouth, and has drunk from the contaminated Waters of the Beast”…

And we are all a part of this earth!

Yet! We feel Safe!

Is not our foundation built upon the (supposed) “Word Of God”? The ‘very’ “Holy Bible”?

We live in an age of discovery; an information age that has exploded into our existence through the burgeoning power of the Internet; vast libraries of data; an unparalleled resource of historical and philosophical facts are at our disposal to enlighten us and broaden our knowledge base.

The human race has never ceased from its evolutionary process; change is a constant factor in delineating our traditions and beliefs. Five hundred years ago the earth was flat, and the entire visible galaxy revolved around the planet earth; the stars in the sky where merely little angels looking down upon us, holding lit candles in honor of the God of Heaven.

Men gazed at the night sky in wonder; beholding its grandeur and beauty. And yet! Never perceiving the true truth beyond their vague imaginings, which was greatly limited; a privation caused by the lack of in-depth scientific knowledge.

What is this Secret Monastic Agenda?

How does it hold sway over our lives?

How could we possibly even begin to verify the message that has been forced upon humanity by the “Crusaders Sword” as they literally plundered and killed in mass genocide, any that would even question the validity of the pre-packaged message of the Holy Roman Empire of Paganism?

Yes! The questions are many…

But there are answers…

Who Is The True Christ?

Can we possibly ever see beyond the Smoke Screens and revolving Mirrors that distort our view?

The Spirit Life Network is dedicated to the pursuance of True Truth!

Our goal is to sift through the wind blown sands of time, those that have changed the very course and image of the Message of the Messiah…

Yes! There is a True Messiah!

Equally so there are many false Messiahs!!!

There is a True Message of Salvation!

And there is a False Message of Salvation! And a False Hope that the masses build upon…

Unfortunately! Humanity has chosen a falsely fabricated Messiah to Worship; but this is through no fault of their own!

Remember the Architects of Destiny! And the Secret Monastic Agenda of the Roman Pagan Christian Church; of a strange and bizarre being whom they have labeled a God!!!

Yes! The Billions have been deceived!

But the truth is really not that difficult to uncover! All you need to do is to change your level of perception; open your eyes, and pay attention to the massive volume of historical facts available to all humanity with an open mind and a willingness to observe life out of the comfortable padded prison cell called “Organized Religion”…

There is a “True Faith of God”!

There is a “True Messiah of God”!

There is A “True Message Of Salvation”!

But we must sift through the rubble of distorted facts, misinformation, and outright deception to get to the truth.

All Christian adherents do understand the basics! That it was Pagan Rome that created the Belief Structure of Modern Day Christianity.

She poured the very foundation of her Empire using the moistened Blood of all those Patriarchs of the original Primitive Apostolic Church, whom she mercilessly sacrificed upon her altars.

Once she eliminated the competition! She was free to proceed, unhindered, with the deception of humanity…

But the Blue-Prints to the True Church of God still exist!

All we must do is open our minds to truth, for the True Church of God is built upon a foundation of truth!

It is a Faith of “Spirit and Light”, representing the fact that the Holy Spirit of God works through manifest interaction of the prophetic gifts…