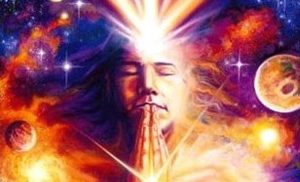 Let us venture back in time to view the evolution of the consciousness of mankind and see how it has progressed. In the beginning, our world seemed so vast that we could not even fathom it, or its actual parameters. In those primitive times, we hardly comprehended anything beyond the next horizon. Our thinking process was likewise limited, for we knew very little of our own world, nor of our own origin.

In the early stages of humanity, our concepts of many things around us were limited, because our minds were not yet advanced or evolved enough to conceive or comprehend them. But this developed with time; as we gradually expanded our thinking processes and extended our level of awareness as we simply yearned to know more.

Thus, the “inner being” was awakening.

It inwardly developed the human vehicle, slowly but surely. The God within had to prepare the human temple for eventual full residence, but the evolution of this process would take many thousands of years.

Eventually, explorers discovered what lie beyond the immediate horizon, and even further, for voyagers ventured across the seas and oceans, discovering other lands, so our field of awareness expanded. Likewise, philosophers and teachers arrived, who broadened our mental and spiritual horizons of this world and levels beyond.

This gradual progression in learning of our planet Earth and beyond is symbolic of the expanding awareness and consciousness of mankind on all levels; mentally, spiritually, and physically alike. Throughout time, as we learn more, and become more receptive, and desire to know more, our intelligence increases; even our creativity develops. This is natural human evolution.

Several centuries ago, many people believed the Earth was flat, for the idea of a round world was new at the time; except for a few philosophers who knew better. About four centuries ago, most people believed the Earth was the center of the universe, and this absurd idea was intertwined into church doctrine; hence, many progressive scientists or philosophers were severely persecuted, some executed for their heresies.

Soon, as astronomy advanced, mankind had no choice but to accept the new truth that the Earth was merely one of several planets that circled the sun, the true center of our immediate universe, or solar system in this case. The idea of our local galaxy, the Milky Way, or the innumerable galaxies that make up the whole universe was still unknown in those early days, if not incomprehensible.

With continual advancements of the telescope as technology developed, we begin to see further into space, observing that there is much outside of our small solar system, and even beyond the billions and billions of stars in our Milky Way galaxy, that there are countless galaxies beyond this.

Our awareness of the vast universe has increased beyond what we would have ever dreamed one hundred years ago, not to mention four hundred years. We can be especially thankful for the Hubble telescope for revealing to us countless beautiful wonders of our vast universe. We may not as yet be able to travel to the stars, but our imagination has taken leaps and bounds through the medium of science fiction in accomplishing this, perhaps paving the way for preparing us for such travel, an idea totally unfathomable a few centuries ago.

Global exploration subsided in the last centuries and gave way to space exploration, the new frontier. Another example of the expansion of mankind’s consciousness is demonstrated in the astronauts–orbiting of the Earth and landings on the Moon.

Whereas before we had a vague idea as to what our planet accurately looked like, now we have a very clear view of it from space and from the surface of the Moon, and film footage and photography to demonstrate this for all to see. This progression is very symbolic of our spiritual unfoldment, from the standpoint of how we come to experience our true selves; not as we think we are, but as we truly are, as we look deep within now.

Just as the astronauts revealed to the rest of mankind what Earth truly looks like, so do the teachers of truth show us how to look within and see the reality of our own inner-selves. The realization of the God-being within for each soul is one of the higher levels of the Esoteric Initiations, and likewise one of the primary aspects of Ancient Wisdom Teachings.