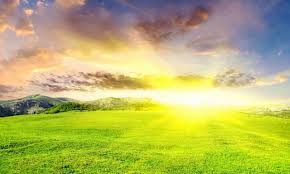 Part 2: The Garden of Eden

So! What was this place called the Garden of Eden after all?

A Paradise? Or a virtual Hell?

It simply depended upon which end of the hoe that you stood on!

The New Plantation owners of America, are these giant Agri-Business Corporations, that farm literally millions of acres of land; hiring’s hundreds of thousands of migrant laborers that move from farm to farm with the varying crop cycles; of never ending planting, tilling, watering, and harvesting processes. 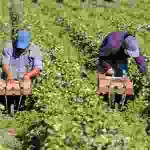 Most of these workers live in abject poverty; never earning more than the lowest of minimum wages! Quite often several families will live in tiny apartments together, and survive, only after receiving government subsidies such as food stamps and welfare.

The average American has no time to worry or care for these low class citizens of earth anyways! Who do they truly belong too? Are they not citizens of Mexico? Let their government worry about their needs after all!

And then there are the draw-backs! If we gave all of these “modern-day-slaves” freedom from this low-class lifestyle, who would produce our food for us? As long as these people are willing to work for virtually free! Let Them!!!

Our food supplies could be produced for a minimum cost! And of course this is extremely important! We do not want to see food costs rise through the roof after all!!!

So Viva La Mexico!! Thank you God that I don’t have to be one of them types of people!!!

Yes! Our ancient Parents were these Adam and Eve slave laborers working on Giant Plantations for Royalty Land Barons; until they escaped!!!

Who helped them Escape!

Well! It was the snake of course! Didn’t you read your Bible after all?

Yes! The Snake that slithered into the Garden of Eden; offering these low-life slaves a chance to attain true freedom from their perpetual bondage; through a little known avenue called “Knowledge”.

Don’t just eat free apples and oranges from your landowner’s plantation, begin eating from the Tree of Knowledge, and Redeem yourselves once and for all…

Do we want our Mexican Farm Laborers to get an Education?

Once they learn how to read and write; once they learn some basic skills in some trade, they enter into the world of true employment! And all of a sudden! My job is in jeopardy!!! I could loose my job to someone willing to work a lot cheaper than me!!!

Viva La Mexico! And Africa! May they forever supply us with uneducated ignorant slave level employees to work the farms and fields, so that I don’t have too! And forever stay ignorant and uneducated so that I do not have to worry about losing my job!!!

God Bless the Garden of Eden, a perpetual place of low class employment for millions of low-class citizens of earth, willing to work for literally nothing, so that my food costs will forever be low!!!

God Bless America, who built its Industrial Empire upon the very blue-prints designed by the Elite Elohim Gods who knew how to milk the system to their benefit…

What were you thinking anyways! How could you even possibly entertain the thought of allowing these low-life’s the opportunity to escape the farm?

A Life of Wealth and Opulence?

Of Education and Knowledge?

Of Redemption from perpetual Slavery?

Yes! The Garden of Eden is a Paradox!

Just exactly what did happen in this place after all?

The Creator God; the Genetic Engineer who helped create these races of mankind, found compassion for his children!

The Elohim God named Lord Enki, decided to allow humankind a place equal to that of the Elohim Gods.

An opportunity to finally be in charge of their destiny…

An opportunity to rise in stature, as masters and commanders; as leaders and teachers; as people of Faith, who knew the secrets and mysteries of the Heavenly realms of the Universe; and of the God of Creation…

Once free from the “Farm”. Mankind began to drift into different directions. Some wanted to live in Palaces like the Elohim Gods; others wanted to be Land Barons; others Political Leaders; some became skilled tradesmen; others fled to the hills to become mountain men living like the local natives…

But there were a few that wanted so much more! They saw an opportunity to rise in stature, not as wealthy businessmen, or opulent politicians, they saw the chance to enter into fields of technical science; of intellect, and of universal and spiritual knowledge.

Thus! The Mystery Schools had their beginnings…

And a new Race of Mankind was born upon this earth; the homo-sapiens-sapiens (modern man)…

The Essene Nation of the White Brotherhood!