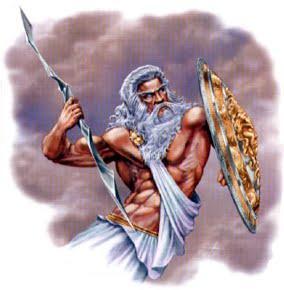 Who Is This Person known as “Ious Sus Kris Stos”?

These four words are an enigma, and in essence, test our ability to differentiate from hearsay, and true, Truth. Unfortunately, the greater percentage of mankind has proven unequivocal naivety.

We simply accept what the Hierarchy of the Catholic Church has told us to believe, even to the point of virtual animosity to those who dare question the validity of this deception. But I do question the legitimacy of this name, and have spent a considerable amount of time researching this subject.

In the Russian language, this name of Christ is pronounced Ez Zues Kris Stos

If we the Molokan People are “Children Of Light”, the  “Chosen Ones”, the “Woman Clothed in the Sun”, the “True Believers”, how do we justify, the fact that we so inexplicitly accept the Christ of the Catholic Church as our Christ Messiah???

Even basic study of the Bible, reveals that there are a multitude of Christ Messiahs’, and there is one, who will rise up in the last days to become what is known as the “Anti-Christ”; the leader of the world, and of all Christianity.

It really is very simple to put two and two together to get the right sum. This is not rocket science, and it does not require Masters Degrees in Quantum Physics. The truth is staring us in the face; all we need to do is stop and pay attention to the little details.

Is the Messiah of the Catholic Church really the TRUE MESSIAH of SALVATION? Or have we all been duped?

If the Catholic Messiah, [Es-Sus-Kris-Stos] is the real name of the True Messiah, and this really is the true savior of humanity, then why in the world do we reject all of the other major and minor aspects of the Catholic Religion?

I know for a fact that all of humanity has been duped into believing their lie, and the deception has spread into all aspects of Christianity, including into the descendents of the Original Apostolic Churches, of which we Molokans’ are a part.

The Roman Catholic Messiah known as Es–Sus-Kris Stos, is the name of the Original Savior God, who is a Son of Zeus, who was born on the Eve of the First Day of the New Year (Decenmber 25th), to bring Salvation to mankind, because the world was being plummeted into virtual darkness.

The Sun God, who is Zeus, gives birth to this Savior, and this Child Messiah represents Physical Salvation from the elements of a long, cold, and harsh winter environment.

Ious Zeus Kris Stos, was the Savior Messiah of the Roman/Greek/Egyptian/Babylonian/Persian/Assyrian dynasties for thousands of years before the Israelite Messiah was ever born. He was worshipped, honored, praised, and celebrated by the entire known civilized community.

Christ’s Mass, a holiday especially dedicated to the birth of Ious Zues Kris Stos, on December 25, for thousands of years before Yeshua Ben Joseph was ever born.

During this holiday, it was customary to light huge bonfires, and to bring pieces of those logs into the hearth of each home (yule logs) to commemorate the Birth of the New Year’s Sun, The light could now shine in their homes.

Living Evergreen Trees were decorated with the entrails and body organs, of human and animal sacrifices, dedicated to the Sun God, “Zeus”, and to his newborn infant son.

Ious Zeus Kris Stos was a child born from the “Immaculate Conception of the God Zeus, and a Mortal Woman, who was a priestess of the Cult of Sun Worshippers; her child was born to bring Salvation to humankind, through his ultimate sacrificial death. It was his sacrificial death that was enacted when the high priests slaughtered their human effigies.

In the Year 325 AD, the Catholic Church held their first Ecumenical Council; at this council the Emperor and High Priest Constantine, decreed that the New Holy Order of the Universal Church of Catholicism, was not going to worship and honor the Messiah of the Israelites, but that they were going to continue the ancient traditions of their fore-fathers, in worshipping the Savior/God of their Nation, Ious Zeus Kris Stos.

The Israelite Apostolic Church never used the term, “ Christian”, to denote their members as believers. Because of its association with Roman Paganism, it was considered a very derogatory term, and was classified as a fable. The term Kris-Tian  (the anointed Titan) was the term used for thousands of years as the symbolic words used to dedicate the true worshippers of the Religion of Zeus Worship, and of this one specific savior, man/god, son of his.

The Israelite Apostolic Church were known from the beginning as the Essene, which means the “Pure Ones”; the “Children of Light”; the “Woman Clothed in the Sun”; as well as “The True Believers”.

During the early evolutionary years of the Catholic Church, they set out to create a new Religion, unifying the religions of many sects and cultures of humanity. Into this conglomeration, they incorporated the religion of the Apostolic Essene’s. They accomplished this by transposing elements of their Mythological Messiah, with the Living Messiah of the Israelites.

And they created a new Messiah!!! Or a new version of the Roman Messiah:

He was now born of Immaculate Conception from a simple humble woman named Mary, a prophetess of the Israelite Essene Culture. This child was born on the 25th of December, just like the original Messiah of the Romans, he lived to the age of thirty, to be sacrificed on a tree, just like the original Ious Zeus Kris Stos; to become the human, half god who died for all of our sins, so that the darkness of winter would not destroy the whole world.

As they were creating their Religion, they began visiting the Roman Province of Israel, and began molding the country to fit their dogmas of religion.

The birth and developmental stages of the Catholic Church was shrouded with a very dark cloud of violence and destruction. Over the course of seventeen hundred years, hundreds of millions of lives have either been injured by this monstrosity, or outright killed. A continuous river of blood and tears, that flows even today into our modern era. It is so sad that the only way this Governing Body could hold its people in subjection, was by holding a knife to their throat; a constant threat of death and persecution.

An excerpt taken from the book, “Secret Of Israel”