The Process Of Redaction Criticism 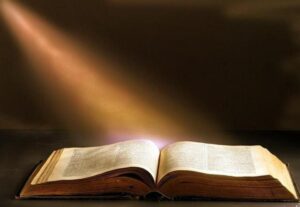 The Process Of Redaction Criticism

The process of Redaction criticism, translates into the activities of an editor who is using earlier source materials and incorporating them into a manuscript, which is being produced at a present time.

Any person who has done even minute research into past historical accounts of the creation of what is termed, “Traditional Scripture”, of the Bible will be familiar with the controversy that exists surrounding contradictions and inconsistencies in those biblical manuscripts.

These contradictory passages exist because the Bible consists of multiple earlier sources that encapsulated the viewpoints and theological theories of often widely divergent religious factions, whose contentions spilled over into the translation and interpretation of biblical exegesis.

When an individual is discussing these types of mutually exclusive passages, they are actually practicing a preliminary analysis in the tradition of the redaction critics.

Editorial activity in the Bible is most clearly evidenced when we make note of these curiously conflicting passages, and whenever such conflicts are found in the Bible it is a sign that a redactor has been at work attempting to blend together source materials.

Why was it considered necessary to incorporate these divergent sources into a single composite work that we know of as the Bible? It was the only way that the dominant Pagan Christian Church could control faith within its population!

The existence of the original sources can be determined by making note of the contradictions present in the final work. There is a coherent pattern in Biblical manuscripts that wherever such internal inconsistencies are found, it is always clear evidence for both the presence of multiple sources and the later activities of a redactor.

In many cases, it took dozens of diverse accounts recorded by different authors, at various periods of time, just to produce one version as it is has been presented by a particular scribe; fulfilling a specific agenda.

What was the agenda of the editors and what social situation was present at the time that would explain what we are seeing here?

Now given the mythology that developed around many of the works that have been presumed as the inerrant and authoritative “Word of God”, it would seem then that such editing was hardly coincidental. Preserving disparate sources side by side encourages independence and autonomy, while having a ‘single voice’, which speaks with ‘authority’, encourages deference to authority figures.

Thus it seems more than simple convenience, that the editorial technique of submerging multiple source materials enabled the establishment of a centralized authority in religion. Whereas the alternative, conflicting sources, unedited, side-by-side versions, would not aid in establishing the myth of the “Divine and Authoritative Word” of the Bible.

Later priests and preachers would derive their own, “Personal Authority” from the so called, “Authority of the Divine Word”, of the Biblical Scriptures; and it was also these same priests who were responsible for editing and collecting these manuscripts in the first place.

That there was a great deal of self interest involved on the part of the priests who collected and edited their own books, should be obvious; thus we cannot ignore the interests of religious powers when considering the editing of sources in the Bible, which will then be used as a power source and a source of authority over many long ages afterwards.

The polemical connection here between private editing practices, and later claims to authority and power, are quite clear, and not much more needs to be said about it than that.

It is obvious that this editorial technique reveals something of the agenda of the redactors, and the fact that both the older Jewish and later Christian traditions are noteworthy for being, “patriarchal authority systems”; the doctrines must coincide with their private agenda’s.

We belong to a new age of thinking; no longer are we bound to the fear tactics utilized by the religious hierarchies of Pagan Religious Fanatics. This freedom allows us to truly get to the bottom of very important issues; the primary of which include the Biblical falsification, of original writings produced by the True Ancient Prophets of God.

There are numerous studies taking place throughout the academic world, specifically targeting Biblical Redaction, Alteration, and Corruption; finding the results of these studies should be quite simple.

If you have any measure of yourself as a, “True Believer” of the Living God, then these studies can provide an invaluable service in providing an important truth, about scriptural manipulation by the Pagan Christian Religions of the World.