The Canon Of Scripture 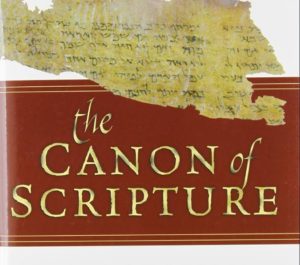 Volumes have been written on the study of canon!

And Yet! Canon is the least understood of methodologies by the masses of modern day Christianity. To canonize what is referred to as Biblical Scriptures, is in fact as simple as it sounds; the writings of Christ, the Prophets, and Apostolic men, simply blown to bits, into unrecognizable, garbled junk mail of which our Modern Day Bibles are comprised…

And then by sword, spear, arrow, and knife, threaten anyone who so much as raises a doubting question against the Occult Hierarchy that instituted the fraud, and produced those (supposedly) “Accepted Version” of the scriptures.

Out of the great mass of documents that were produced by spiritual prophetic men in the first few centuries of the existence of the Apostolic movement, only a tiny selection was chosen to be included as bona-fide scriptures; and only after horrific redaction by the Pagan Catholic Christian Church of Rome/Greece.

What was their Agenda? And Believe there was one!

By our acceptance of the so called Biblical version of Scriptures produced by the enemies of God and his Messiah, we in fact nullify the validity of Gods True Truth, and go along with the Pagan rejection of the True Messiah, Yeshua Ben Joseph of Israel.

A great war was fought on the European and Palestinian soils by the so-called Church of Rome, against the Primitive Holy Church of the Israelite Essenes, the first True Christians. This war was fought with cruel persecution, and violent destruction. The Children of God, who were the original followers of the True Messiah, were hunted down and killed like animals in the streets of every major city all across the land.

And now these very same, self-proclaimed “Vicars of Christ”, are considered to be the true progenitors of True Faith, Worship, Belief, Religion, Teachings, Doctrinal Compilers, and Saviors of mankind?

This is simply an abomination of the grossest kind!

In fact! An Abomination of Desolation!!!

The very concept of what is termed “Christianity”, should be synonymous with the searching of the “Truth of God”, and yet! This is the furthest thing from the truth today. The average Christian believer will defend to the death, even with hostility, the fraudulent corruption of the Babylonian Whore that has virtually destroyed anything that was True about Christ, his followers, spirituality, and about Salvation.

Are you a Believer? How can you give your consent to the process of selection and nullification that took place many ages ago, and which in the end produced the documents finally

Remember! The Christology in which they believed already existed many thousands of years prior to advent of the Israelite Messiah known as Yeshua. They worshipped a Messiah known as the Son of Zeus, who like his father was a physical being that ruled over the countries of Europa and Palestine, thousands of years ago. Today these religious beliefs, and worship practices are called Mythology; as if they were Fairy-Tales of a day gone by.

But the truth of the matter, is that those practices and beliefs have been kept alive throughout the millennia, through what is now known as modern day Christianity. And millions, if not billions have been duped to no end to participate with this heresy; and have been trained to not even question the validity of those books for authenticity, and truth.

It is also characteristic of this Pagan Christ Cult to insist that what they refer to, as “The Plan of Salvation” was also divinely ordained and predestined before the creation of the world.

If one wishes to put the viewpoint of the triumphant Pagan  Christ Cult into historical context, in terms of philosophy it belongs to the school of thought, of Greek Stoicism. This philosophy, was the belief system of the celibate stoics who eventually triumphed in the power struggle in the early church, and the canon, naturally enough, came to be made in their own image.

Winners they say, write history, and they also wrote the Bible, and given that this is true it leads to many justifiable questions about the legitimacy of the canon.

The Christian canon as it has come down, is representative of the viewpoints of one very small faction, and given the narrowness of its point of view and the highly questionable nature of its internally inconsistent philosophical position, it can be justifiably argued that it has exerted an influence over both church and society far out of proportion to its actual importance for far too long.

And this in and of itself is more than enough reason to subject this narrowly restrictive Stoic canon to the rigors of critical analysis, not because it is so important on its own merits, but because it has been declared important, and then proceeds to exert an influence over human societies and individual lives.