The Singularity Of Conciousness 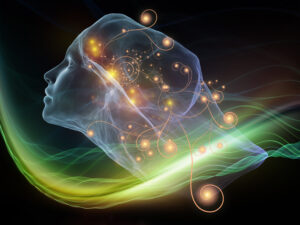 True Spiritual Consciousness includes embracing the concept that all existence is singular!

Just as our bodies are fashioned of distinct groupings of molecular cells, although diverse in biological chemistry, they are co-joined to create one living entity that could not possibly even begin to be alive with only one of the missing components.

The cosmic force that binds the universe together, also binds all physical entities into a cohesion of existence. The evolutionary process automatically fills in the gaps as new species evolve from those who could no longer exist within a changing environment, but severing the tendrils of life creates chaos and imbalance within nature itself.

In essence, there is only “One” Divine Being in our universe and we are all a part of that being.

When we attain the state of conscious realization to our “Oneness” within the cosmos, our mindset transforms to that of “God” itself, to the very “Source of Creation”.

We enter into the realm of non-violence, non-conflict, non-resistance, and non-suffering, for it becomes impossible to cause hurt or injury to any other living thing or being, without realizing the consequences that are boomeranging back at your life in its final result.

Causing one cell pain or injury within one’s body, ultimately will cause the imbalance that brings disease, illness, and quite possibly even pre-mature death.

On a planetary scale, the imbalances that are taking place on one part of the globe, cause repercussions on all parts of its body: socially, collectively, communally, economically, militarily, etc…

Those of us living in a “First” World country such as the United States can easily disregard the problems and issues of those countries that are seemingly distant from our own, but this is only an illusion…

Science has a difficult time proving the concept of “Singularity” in our universe; when we observe our three dimensional reality through our natural physical senses, it would seem that we are staring off into a void of incomprehension.

But Spiritual Consciousness opens our sight into the hidden realities that are interwoven with our own. Ancient Sages and Prophets have already understood from time immemorial that the material world in which we reside, is only a perception of the brain, because truly, the world exists within us.

This is a “Non-Dual” reality; there is nothing that is separate from it! So what this means on the higher spiritual level, is that we are all interlinked, and interconnected; each soul is a droplet of life in an endless sea…

The modern science of quantum physics calls this “Oneness”, “Non-Locality”! From the tiniest quark, to the largest quasar, our very nature is seamlessly connected to each other: to our environment, to the planets, the stars, and to every thing else that lives or breathes within the universe.

Our very nature is beyond ephemeral things; beyond form itself!

The very objects of creation, such as particles, gases, light and energy ultimately are simply “One Object” of existence, captured within the ‘Mind’ and ‘Will’ of the source of all Life, which is God.

If we could but grasp the magnitude of this understanding, ‘We’ become manifest as God himself in this physical form!

His essence becomes our essence!

His Will Becomes our Will!

The Power of Will and Intent radiate out of our bodies to become a major component of “Source”; with this, we shape and guide the universe and all of it constituents in its never ending journey forwards through existence.

Trivial differences between people and nations dissipate in this place.

When people gather in a communal hall of prayer with the intent of praise and worship, with conscientious awareness of the spiritual realm that permeates our universe, they initiate a powerful surge of kinetic energy that literally has the ability to change the very course of time itself.

The process of creation begins within the ‘mind’!

All events and issues that are reverberating upon this planet were set into motion by the collective global mind-set flowing from humanity itself; both the positive and the negative!

We cannot point our fingers at others, or place blame upon those whom we perceive as the guilty parties, for ultimately, we breathe one breath; our heart beats with one voice.

Until mankind learns to bring complete harmonic balance within their lives and thinking process, the world and its populace will continue to suffer the results of rampant instability, and unpredictability…

Spiritual Consciousness, and Awareness are the modalities needed for true self-healing, of mind, body, spirit, and souls’ on a galactic level, global level, communal level, as a family, and as individuals.

The power of the universe is both holy and pure; it is endowed with the gift of conception, creation, of remedial healing, and restoration. Another name for spiritual consciousness is “Christ Consciousness”, a power that directs the Holy Spirit of God to work with the mandates of humanity as they work in conjunction with the source of life in the act of co-creation…