The Transcendental Experience Of Spirituality 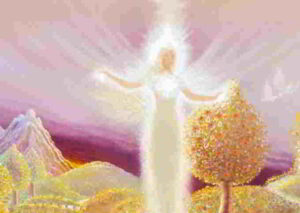 The Transcendental Experience Of Spirituality

In the original Apostolic Christian Faith of the Essene Nation, “Spirituality” was the primary focal point of all their religious worship service. Men and Women gathered together in prayer and song with one intent; the awakening of the Holy Spirit within the church body.

The church-gathering was a place where each individual was given the opportunity of entering into the experience of transcendental spirituality.

With strong energetic singing, and rhythmic dance, feet pounding upon the wooden floor, the vibrational frequencies flowing in a unified cosmic field of spiritual energy, literally creating a column of fire; flames which went up and down in a vortex too amazing even to describe. Men and woman entered into a state of ecstatic trance, which stimulated the opening of the human-third-eye; the very doorway into the spiritual realms of the universe.

As a unified body, the church gathering becomes the doorway into Heaven, and we are no longer bound to the three-dimensional reality of our state of being. Here we see the Angelic Beings who are the servants of the Heavenly Father/Mother of all Life; here we are in the presence of our Creator, and here we become the Children of the Manifest God as we see him face to face, and for a brief moment, we commune with him…

All men and women that have entered into this highly attuned state of being, become living prophets and prophetesses; they become scribes who share their experiences with others; speaking orally through direct contact, and with written material as all of them are inclined to record the experiences that they witnessed first hand.

These writings chronicled Manifest Spirituality; here they witnessed Manifest Destiny, first of their own lives, and then of those of their closest associates. They had the ability to prophecy, and predict future events, long before they took place. And as Avatars of Salvation, were able to guide their fellow believers away from adverse events, injuries, and accidents before they manifested into reality.

These prophetic individuals could bear witness to the “Truth” of any matter, as they connected to the very source of all wisdom; the very Father/Mother of All Life, who knows literally everything, about everybody: past, present, and future…

The “Transcendental Experience”, is an opportunity to enter into a form of orgasmic ecstasy, as the entire body flows with the pure, and exhilarating feeling of vibrant spiritual energy. The chakras explode, and open their channels to the fullest, allowing the energy to flow freely up and down our spine, bringing healing and balance to every cell of our physiology on all planes: mental, physical, and spiritual…

For a moment, we are God himself, as the Holy Spirit unifies his entity, with that of our own, and during the duration of that time we are no longer simply man encapsulated with an earthly physical body; for we belong to the entire universe, and to the very heavens themselves.

Those who have witnessed and experienced this explosion of energy within themselves, are those who have found themselves, for they have connected with their own inner-man, and their soul. They have seen and felt the Living God in the fullest way possible, and now they can no longer belong to the lower vibrational frequencies of those who are forever trapped in their physical carnality.

Earthly magistrates realized that they had no control of these individuals! They learned first-hand that those people that experienced transcendental spirituality had no need of the authority, leadership, or control. Thusly! They lost their ability to manipulate them from their political pulpits…

Here! The Roman government, a leading empire at that time,  decided to create a “Religion” that was to be forced upon everybody, with the sole intent of closing the “Gates” unto the “Living God” forever.

How can the nation become a World Power in its Geo-Political Goal of World Domination, if no one was going to fight its wars for it?

How can it amass great wealth, if no one was going to pay it, their taxes?

How can it lead, if no one would listen?

This Apostolic Christian Religion of the Essene Nation proved itself a formidable opponent to the Roman Governmental Dynasty after all!

So they instigated a plan to subvert the “True Faith of God”, by creating their own version of it; one which completely closed the gates to the experience of “Transcendental Spirituality”, and went out of its way to persecute and destroy the Highly Attuned Prophetic Individuals created by the Living Faith of the True Messiah.

For nearly seventeen hundreds years, Mankind was plunged into an “Era of Darkness”, which is now only beginning to come to a close.

With the resurgence of people craving the Spiritual Experience, and wanting to know the highest knowledge; and to feel the very presence of God himself, the “Light of Truth” is finally breaking through the dark clouds of separation and ignorance.

Spirituality is now becoming a Discipline of Study for many new initiates; as people are coming to the realization that most organized religion has purposely blocked access unto the higher realms of the Living God of the Universe, they are breaking free from the “religious affiliation”, and are searching for other avenues of truth, and hope, and salvation…

The Spirit Life Network is working diligently, to bring comprehension to the “True Truth” of the Living Messiah, that He personally worked to build a “Faith”, and a “Church” where “Manifest Prophetic Spirituality” was the “Primary Doctrinal” point of all his teachings and instruction.

The “True Woman Clothed In The Sun” is now coming to Life!

And very soon, there will be an “Outpouring of the Holy Spirit”, which has never before witnessed by mankind before!

Become a part of this “Movement”!

Become a Part of the Future of the True Church Of God!

As it begins to descend from the Heavenly Realms, through “Transcendental Spirituality”…