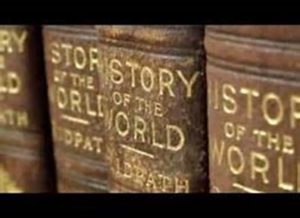 The Study Of Ancient History

Mankind is divided into two schools of thought, those who go out of their way to seek true knowledge, and those who simply do not care one way or the other…

Our governmental Hierarchies are equally divided! For there are those agencies that fund ongoing research, and are the main driving force to our planets archeological, geological, biological, ecological, historical, and paleontological studies.

And then there are those who will move mountains, in order to keep the past hidden from the masses; fearing that they will loose control over them; and this includes the organized religious institutions of earth.

Nevertheless! Explorers have combed the earth in search of its secrets; the grand prize includes the archival record vaults hidden deep within prehistoric ruins.

What they have uncovered is shocking beyond belief; humanity shares earth’s history for many hundreds of thousands of years; possibly, even millions…

Unfortunately! We live on a very volatile planet, very prone to earth shattering cataclysmic events, not unlike the very famous, Noah’s Flood”, which took place some twelve thousand years ago. Yes! Mankind will flourish for many millennia; civilizations will grow and mature; and then some form of devastation overwhelms our planets denizens unto near extinction. And the process begins all over again!

A tremendous discrepancy exists within the biblical archives; Noah and his family were not the only survivors; but scattered upon every continent of earth, remnants were spared the deadly deluge by ascending upon great mountain peaks, which preclude all the great mountain chains of earth. The remnants of these ancient colonies exist even today; modern man is sifting the soil of those habitations, to find priceless gems and artifacts depicting the life of those most fortunate souls.

To those dreamers like myself, the most valuable of discoveries include the ancient repositories of literary work; governmental archives that have preserved, for mankind’s posterity, the details of life in those woebegone ages.

What we find forces us today to re-write our history books!

This includes those topics such as religious philosophy, dogma, and doctrine…

As an individual that has spent a virtual lifetime in religious and spiritual studies, this new information has driven me to search for deeper and greater understanding of mankind’s existence; his purpose; his evolutionary stages; and to search for the cause of mankind’s perpetual instability and unrest.

I have found the need to discover for myself the true history of religion and faith; what I have found is greatly troubling; I believe that the masses have simply been duped beyond belief…

The three most powerful religions in the world:

Are the most violent and volatile institutions governing mankind; all in the name of some Jehovah-God of War Being, who apparently enjoys mankind’s suffering!

The Big Question is Why!!!

Biblical Prophecy predicts very turbulent times in the future; possibly greater world wars than those fought in the last century. An Anti-Christ person will rise to great power to rule the world with an Iron Fist; all in the name of “Peace and World Stability”.

And there is always the allusion to the “Great Mystery of Babylon”, a Religion that will herald a new dawn, and age for humanity. A Religion that the entire earth will accept with open arms, and wholehearted enthusiasm!

Is it possible that this event has already taken place?

Yes! I believe that it has; and more than likely, you are already counted as a member within the ranks of loyal and dedicated servants; members of this Royal Elite School of Thought, and Faith…

This series, which I have named, Babylon Rising, will explore some very simple basics to those prophetic concepts that have been predicted within the Bible, but, I will incorporate obvious knowledge gleaned from mankind’s true history; the Secrets will begin finding their light…