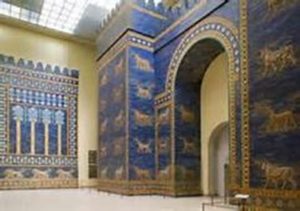 The Gods Of The Bible

One of the greatest quandaries of all time is the misunderstanding that the masses of Christian believers have concerning the Gods, which are mentioned quite often in the Bible.

It is so obvious! That we are dealing with multiple entities; and those individuals who are as physical as you and I. Yes! These are not Deities as we imagine; they are mortal beings that have simply arrived to our planet from distant star systems…

They are known as the “Elohim”, this term represents a multitude of individuals, and the expression simply translates into the word, “Alien” as in “Extraterrestrial”.

The one True God, that is a true “Deity”, is a God that is nothing less than Pure Spirit; it is Energy, Light, Sound, and Vibration; it is Innate Intelligence; It operates within the Realm known as Quantum Physics, and Quantum Mechanics; it is the Source of all Life; it is both Positive and Negative; and it encompasses opposite polarities, of both Male and Female Life Force Energies.

This is a Creator Force!

Out of its Source, comes all Life…

And all Life is bound together, like molecules and atoms within one body.

This God is without Shape or Form! (no physical body)

This God has no Name!

He does not speak with a human voice! (he has no vocal chords)

The only way to become one with this God, is to find his Entity within yourself.

The only communication with this Source of Life is through the parabolic imagery, revealed to those that have conquered the limitations of their flesh; and have entered into the Spirit World…

The only Salvation that it Offers; is that attained through the Laws that Govern Love and Life!

The Act of fulfilling those Laws opens the doors into hidden dimensions and realities; these are realms that can only be seen, heard, felt, and journeyed while being in the Spirit…

When studying the documents written by and about the Anunnaki/Elohim Gods, we learn that they themselves, understood these Laws very well, and they utilized them to their benefit. These Space Travelers even had a Religion, through which they brought honor and praise to the ultimate Creator God, the Source of all Life.

Yes! They were very subordinate to the Masters and Rulers who had Seniority over themselves; they were civilized after all!

But! They wanted earth-mankind (Adama, Adapa, Ea-Va), which was a very inferior being compared to them, to simply worship them; they were our creators after all!

The Biblical gods: Jehovah, Yahweh, El Shaddai, The Lord of Hosts, The Lord Sabaoth, Baal, Balim, Tammuz/Dimmuzi, Moloch, and many more like them, were Anunnaki War-Lords who came to earth to establish kingdoms for themselves.

These Gods were not Demons, nor were they Deities! They were simply advanced mankind, with superior technologies, from distant solar systems.

Mankind on the other hand! Was simply a race of servant/slaves created for their usage; a people that were required to work, worship, honor, and obey, unequivocally, the commands of their superiors.