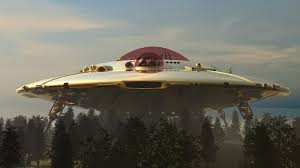 The Gods Of Bashan

When we study recorded history, and this of course includes the chronicles of the Bible, we will notice that there was a high concentration of Nephilim Giants that lived in the Mediterranean Regions of Turkey, Syria, Jordan, and Israel. Primarily, in close proximity to the Lebanese city of ancient Baal-Bek, which translates as, “The Gates of the Lord”. 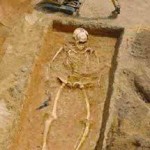 Interestingly enough! Another Gateway into Heaven… 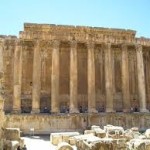 Baal-Bek was actually built thirty to forty thousand years prior to the Great Flood, and would have been fully functional during the time of the Great Civilization of Atlantis.

It was our ancient fore-fathers rendition of a NASA Space-Port, built, and operated by the Anunnaki Gods of the past. The giant Megalithic stones that were placed as the very base of the foundation weigh between 1000 and 3000 tons. There is nothing available today in man’s greatest arsenal of construction cranes and vehicles, that could even lift this type of weight let alone move and set in a precise building form.

The vehicles that landed on these platforms were large, and they traveled at supersonic speeds, which attributed for the need of a substantial landing pad.

The entire region was set up to provide service revolving the operation of this primary base; there were military installations set up at key center to provide protection, as well as for a multitude of tracking and communication centers at locations where technicians, could track the various arriving and departing vehicles.

Their names bespoke their functions:

They are still so called in spite of the passage of millennia.

There is a very fascinating archeological site in the Golan Heights of Israel; a fortress and castle complex which was renovated in the early twelve hundreds AD, by the Arabian Caliph

It is known today as Nimrod Castle, A fortress built upon a thousands’ of years old sub-structure, which was originally built as an Anunnaki Palace for the God of the Nation. Within its Palace walls, are many stories and images carved into stone that depict the glory, power, and famous accomplishments of the El God of Canaan.

I personally believe that this was the original home of the Yahweh God of Israel, for there are many recorded references made to the Queen of Heaven, Ashtorte, which history reveals to be the Queen-Wife of Jehovah/Yahveh.