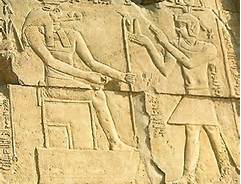 Defining The Root Of The Word, “God”

In all of the years that I was a Bible Book-Worm (meaning that I studied it backwards and forwards), there was always this one very curious concept that never quite sat square with me; this was a word that is repeated perpetually, and yet, defies logic. The word is “God”.

What does this word mean?

Where this word come from?

What was its origin?

Why was this very unusual term chosen to represent the very Highest Deity of all Life and Creation?

Yes! We assume that this word automatically designates the “God Almighty”; the God of Heaven and Earth! But can we truly be sure?

I have intentionally studied the various concepts of language, and the cultural evolution of “root words”; and I know for a fact, that the English rendition of “God”, is relatively quite new; probably only a few centuries old.

The very meaning and foundation of the word has evolved to mean something very different than it was a few short centuries ago.

This poses a great question!

Knowing full well that the Bible was not written in our Modern Day English language as we assume, it was written in Aramaic, Hebrew, and Greek; then translated into German, then into Old English, and now Modern English; much was to be compromised through multiple translations.

And I really want to understand the truth of the matter, so I spent some time doing investigative research…

When we read the Bible, we always see and hear a “God” that is speaking with his audience, as if a man talking unto his subordinates.

It’s as if two people are speaking face to face.

This is a real flesh-and-bones person; who has fluctuating emotions, feelings, doubts, and concerns. The people involved, such as the ‘prophets’, are not having visions or dreams; this is a real visible, and tangible visitation…

Which of course defies all logic!

God is a Spirit, which means totally invisible. He cannot be seen or heard with the natural senses.

The English people were offspring of the ancient Germanic Tribes, which means that many of the words within their vocabularies are completely interchangeable. The Germanic Tribes, were then again, offspring of the Ancient Israelite Nations, which means that many of their root words are interchangeable with the ancient Hebraic languages, whose base and foundation was related to ancient Slavonic.

This of course means that ultimately, if you travel back in time, these are all one and the same people; it is one tree with the same roots, although the branches point in different directions.

The “Old English” language, is a language that was morphed from German, Ancient Hebrew, and Slavonic; but the roots have the same sounds and meanings.

In Hebrew, the term, “Gad” is a direct reference to a War-Lord, a traveling General/Commander who oversees a vast territory.

One of the twelve Hebrew Patriarchs was named “Gad”, in reference to his being a mighty and fierce warrior.

The word Gad is directly translated into German as the term “Teuton”!

The Teutonic Tribes represented the Germanic peoples, many millennia ago.

The Germanic “Teuton”, simply translates into English as “Titan”, a mighty warrior…

The Titan’s were of course the Ancient Gods that were worshipped for thousands of years by all of Europe, and the Asia since the beginning of time!

The Old Testament of the Bible specifically makes reference to the “Giants” of the Earth (Nephillim), that were mighty and fierce warriors; and worshipped by mankind as if Gods (Deities). Not only were they very large in stature, (about twelve feet tall), they lived very long lives, (many thousands of years).

The Nephillim, were the children of the Fallen, Space Travelers, who interbred with the EaVa race of mankind (the Ary/Arian race).  These Giants/Titans, were also known as Gods of Heaven and Earth; meaning our physical cosmos, and our physical earth.

It turns out, that when we read about the “Gods” of the Old Testament, we are in reality reading about these same “Titan Gods” who were worshipped by mankind for thousands of years.

The One True Source of all Life, which encompasses both the physical and the celestial; the invisible, and the spiritual, in all actuality should never be called, “God”, because the tern is a belittlement of his Majesty and Grandeur.

This Entity has no name!

He can never be seen or heard with the physical senses!

This Entity is nothing less than the Holy Spirit!

The only Heaven within which he/she resides, is within the Temple of our Body!

The only Kingdom; is within our Soul!

To find them! We must enter into the Spiritual Realm!

To connect with them! We must become Spiritual!