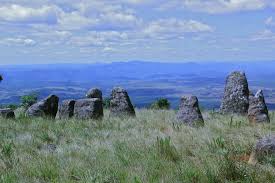 The Position of, “JE-ZEUS CHRIST”

If one were to make a proclamation stating that they really admired the president, a precipitous uncertainty would hang in the air!

Just which president are you referring too? After all! We’ve had forty-four of them!

It is very clear to us all, that the office of, ”President of America”, is a position that can be held by many different individuals over the course of many years. The term, “President is not a name, it is a “Title”…

The direct translation of this, “Title”, means the, “Anointed Son of Zeus”.

Over the course of many millennia, there have been no less than thirty individuals that have attained this highly auspicious position.

To give you an example, the great Emperor of Babylon, “Nimrod”, was a, “Jesus Christ” (Son of Zeus)!  He was born on the 25th day of December; he created many miracles, transformed water into wine; he walked on water; he died, and he resurrected; he was also a Savior of mankind, and worshipped as a “Son of God”, born of a “Virgin Birth”, etc…

One of the most powerful and influential Pharaoh’s of Egypt, “Osiris”, was also a “Jesus Christ” (Son of Zeus)! Again! Born on December 25, to a Virgin Birth, created many miracles, including healing and resurrecting of the dead; at 33 years of age, he died and was resurrected himself; was very influential in creating “monotheism” in the land of Egypt (the worship of the one true God Enlil/Jehovah/Zeus); He taught the people to pray, and was the original author of the very famous, “Lords Prayer”, (Our Father who art in Heaven), which was written in honor of the great and holy God Zeus.

Similarly! Another very prominent and well known “Jesus Christ” was the “Son of God” known as “Tammuz/Dimmuzi”, a God of Babylon, Canaan, and Israel. Also born on the 25th of December; at the age of 33, became a dying and resurrecting God, bringing salvation and hope to the masses; creator of many miracles; changed water into wine during a wedding feast; healed the sick; resurrected the dead, taught people to pray in the name of the Holy Heavenly Father, brought them good laws that taught good morals, etc…

Jesus Christ is not a “Name”, it is a “Title”, an official office held by those few chosen Son’s of the Titan Gods of ancient civilizations throughout Mesopotamia, Egypt, Africa, and Greater Europe.

What the Catholic Church has done, was to successfully destroy any vestige of the original concept of an Israelite Messiah, who was a direct descendent of the Israelite (Carmelite) Essene Nation, and inserted their original Pagan Messiah into this most coveted of positions, as “Savior of the World”.

Just as their predecessors before them, the Catholic Hierarchy, did establish basis rules of civilized existence within their fold; they do teach some good morals; a basic form of righteousness; a sort of image of holiness; a kinda’ belief is some god of Heaven, who will reward the good catechumen for their total loyal patronage to the “sorta” holy church of god…

And of course! This God is unattainable to the average believer, because the only avenue unto this God is through the dedicated ritualistic service within a Pagan Temple/Cathedral, a service which could only be performed by the holy anointed priests of god.

Whether we understand it or Not; it is irrelevant!

All Christians have been taught by the Catholic Mother to pray in the “Name of the Holy Son of Zeus”, giver and provider of eternal life…

The Catholic Church Doctrine was taken from all the past stories of the known and existing, “Son of God, Messiahs”, and blended them into, as if one modern day, cosmopolitan Savior God/man guy, that all people of the world; no matter your past history, obligations, or loyalties, could accept universally.

The Doctrines (Biblical Gospel stories) were written in such a way, as to make this symbiosis an “Act of God”, who heralded this message from the beginning of time.

What an Unbelievable Situation!

Just when we thought that everything was going good in our life; and now this?

The Book of Revelation quite vividly describes the rise of an Anti-Christ; a Babylonian Mystery God/Man Savior of mankind, who will lead the Nations with an Iron Fist.

A War God, who will bring battle to any nation in the World that resists the progression of Faith and Religion being propagated by the Hierarchies of Faith.

A Mystery Book Of Faith!

How much further do we need to look than in the mirror? The masses of Christians live by the Sword! And are willing to fight and kill, all in the name of their Jesus Christ!

Of course! This violence, animosity, and war-mongering is not limited to the Christian Religion alone. All three of the Primary “Abrahamic Religions”, Christianity, Judaism, and Islam, breed aggression, prejudice, discrimination, and warfare through the propagation of their Faiths.

And each believes wholeheartedly, that it is their God and Redeemer that is commanding them forwards in their pursuit of world domination.

The Catholic Church has instigated the vast majority of wars fought in past history, in its struggle to maintain World Dominion; these wars include all the wars fought in the last century.

On the outward appearance, these wars have the semblance of being politically driven, but if one truly gets to the root and foundation behind the motivation to these turbulences, you will see that a Decree was first pronounced by the “Holy See”, giving the OK for the wars to proceed.

In the last great war (World War II), over 100 million people lost their lives, the majority of these were innocent women and children. The root of this War was to bring Russian (atheistic) Communism down; the Roman Church wanted to expand its Power into Russian Territories. (Hitler was simply a lackey of the Church).

The country of Germany was a very religious nation, very loyal and dedicated to the Roman Catholic Church. Hitler was a modern Day Crusader, who stood adamantly for the Catholic Church and its Holy Cause of World Domination; he himself was a very small man, very far down the ladder as far as authority goes. (he was a bought and paid for front-man)

It was the Catholic Church that felt threatened by the Zionist Jewish movement, which was organizing a political Coup, within Europe. (the rest of the story we are all very familiar with…)

Are we truly waiting for a new, “Anti-Christ” to come upon the global scene?

Have we not had enough of the last one?

The Christian Religion teaches that we must all have, “Blind Faith in Jesus Christ”, and in his “Word of God” (the Holy Bible).

I personally believe its time to open our eyes to true reality, and stop being fascinated with the flashing mirrors, the revolving doors, and the fancy card tricks hidden up the sleeves; of bought and paid for holy priests…