The Destruction Of Ancient Spiritual Cultures 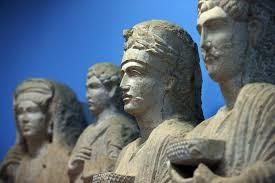 The Destruction Of Ancient Spiritual Cultures

One of the most reprehensible acts of modern mankind; those who consider themselves to be sophisticated, cultured, educated, and civilized, is the extermination of “Spirit Based Societies” as many of the original indigenous aboriginal natives of many continents where.

Pogroms of systematic genocide were actuated against these people, simply because their cultures were misunderstood; this lead to an atmosphere of suspicion and fear; soon followed by destructive forces and actions.

Often times! When we think of aboriginals, we automatically think of black African jungle dwellers; of the Native American Tribes of the U.S.; Polynesians of Southeast Asia; Vedic India; the cultures of South and Central America; Australian natives; the Inuit’s of the North Lands; the Mongols; Tibetans; etc…

Nevertheless, the truth is that many white peoples (the EaVah Races) lived very close to nature in much the same fashion as the Adama Races (People of the Earth), showing great honor and respect to Mother Earth, and to the Celestial Heavenly Father of the Universe.

Moreover, these people were likewise extremely Spiritual by Nature, understanding the subtle energies that encompass our existence, and incorporated ritualistic practices designed to manage and control those energies to their purpose and benefit.

All across the vast lands of northern, eastern, and western Europe, Russia, and Siberia, a mixed group of white skinned people known as the, “Slavs” or “Slavic People” resided for millennia within these Wild and Free lands.

The very term, “Slav” means, “Those Who Praise”!

These are people, who from time immemorial, Worship the Heavenly Father/Mother God of the Universe in Spirit and in Truth.

Their Foundation was built upon “Manifest Spirituality”, which means, “Living Prophetic Action”, as they formed a Union with their Terrestrial and Celestial Environment.

With Song and Dance; with Prayer, and Petition; with repetitious Mantra, Ritual, Order, and Service, they joined together to awaken the Power of the Holy, Universal Spirit of God within their Cultural Body.

There were many diverse factions and sects scattered throughout the massive nation of the north-lands; but their foundation was ultimately, one that bound all of them together as a Vedic Culture.

The “Slav”, were those who mastered the concept of Worshipping the Living God; an Entity that they knew and understood from time immemorial.

The “Roos”; or the “Roocian” were a “People of Light”, for that is what this term means…

In ancient times, it was common to use the term, “Ved-Roos”, which means, “The Seer, or Knower of Light” as the name that designated them as a Nation and a Culture.

The ancient Slavic Nations were by no means an ignorant race, they of course knew and understood that their lives were equally regulated by the “Star People”; known as the Anunnaki, a Sumerian term that simply meant, “Those Who Came From The Heavens To Earth”.

These Were The “El” Gods or the “Elohim”…

They were humanities Creators in that they personally manipulated the genetic material of man-kind; ultimately creating the diverse races of humankind. These creator gods, came from different planetary systems, and with them, they brought rivalries that have spilled over into the cultural agendas of man.

As the centuries pass by, often times people forget their past heritage, cultural foundation, and legacy. Matters become worse, when the governing bodies purposely strive to undermine historical facts, belief systems, and the knowledge base that defines a unique ethos.

This is most evident in our modern day versions of Religion, and Belief Systems.

Today many people believe that the Elohim god known as Jehovah, is actually the one great collective God of the universe, when in ancient times, all knew that he was just one small cog, of very little importance, within the pantheon of many known local tribal gods from outer-space.

Today’s modern day Christian, Judeao, and Islamic religions are a conglomeration of philosophies that have been juxtaposed upon ancient theosophies based on Anunnaki sub-god worship.

One thousand years ago, the Greek Orthodox Church signed an agreement with one of the minor tribal Leaders in the Land of Russia, allowing them to begin spreading their Pagan Philosophy of Titan God Worship into the Vedic Culture.

They were met with fierce resistance by the vast majority of Russia’s citizens; but unfortunately; these Spirit filled worshippers of the Celestial God of Life were Pacifists, which means that they did not War amongst themselves or with other nations.

Of course, the newly formed kingdom likewise could not enforce any of their newly founded decrees; no one would join the new-fangled idea, called the military.

It was necessary to import violent war-mongers from Christian Byzantine; from a nation of people who thrived on war-fare, murder, and bloodshed.

This was the perfect war! You could slaughter all day long; the enemy did not resist…

Thus! A new epoch was forced upon Free People! The ancient “Slav”, now became a “Slave”. The very meaning of their Cultural Identity was transformed to represent a barbaric people of Pagan origin, low class slaves to the “Elite Christian Force of Death Squads”.

The most perverse form of Paganism; the Greco-Roman Orthodox/Catholic Christian Church; murdering hundreds of thousands of innocent peoples, all in the name of a Pagan/Titan God known as Zues (Jeho-Vah), and his son; Je-Zues.

If you would carefully study ancient recorded history, you will learn that the Pagan Jewish God Jehovah, is actually one and the same as the Greek God Zues.

With Sword, and Rack, this new Ideology spread across the Land of Russia with unstoppable force; (the name now attributed to “Russ”, one of the Traitor Kings) it culminated in the establishing of a nation based on Church and State, with the greater governing authority  realized by the Royal Priesthood who exercised their privilege with an iron fist.