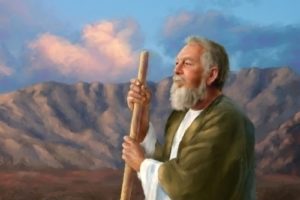 The word-based prophet will move by the Power of the Holy Spirit into the realm of Prophecy, usually while entranced by its enigmatic hold upon his body.

He will begin to open his mouth, and the Holy Spirit will give specific words and messages directed at an individual or a communal body such as a church through him.

These messages come forth from the inner Spirit spontaneously; and will usually come forth as instruction, a prediction, or a specific command.

This becomes the prophetic message.

The Gift of the Seer, although working to reveal events yet to come forth, in much the same way as the Oral Prophet, works through a different modality, that of Teacher and Philosopher, whose duty is to disclose the truth of God’s Will through imagery.

How then can you develop this Gift of seeing?

Without exception, virtually every person can formulate images of things familiar within the mind; we have visual imagery stimulated when we think and contemplate; we day-dream, develop plans, and remember past events.

For instance, if you were to describe in detail a favorite past event: a childhood memory, a family setting or place, something lost or found, a painful or joyous occasion, a friendship, or a loved one, your memory would likely access the visual, emotional and verbal information stored in your memory banks.

This specific ability to see the memory images is what I want to identify here for you; the emotional and verbal information is also essential.

These visions may be past events, but their primary focus is to reveal issues and events yet to occur. Through this Gift, the Spirit forces your mind to think, to contemplate, to study, and to research while trying to grasp the hidden message within the apparent message.

The spiritual mind is one that has developed an awareness of God’s Secret Language!

The Mysteries are for those who could comprehend them.

As we learn, we will be undergoing consistent testing, which will measure the correctness of our understanding; the Church environment is the primary schoolhouse for our training in the field of spirituality.

We will be allowed to see and witness events and issues as they unfold, behind the scenes through the prophetic eyes of the Seer, involving many of the lives of those around us, including family, friends, church associates, and even strangers.

Each individual alive has a multitude of angelic beings assigned unto them; with the Prophetic Eyes, you will see their comings and goings! You will hear them as they speak, and guide their hosts unto whom they were attached.

You will see the discrepancies as they unfold: the mistakes, the corrections, the reprimands, the warnings, the blessings, as well as see the consequences for obstinate and disobedient behavior.

The Holy Spirit could then begin to give us images of events that could happen tomorrow; predictions and possibilities could be changed and altered according to our actions, reactions, and interactions with our fellow man.

As Prophetic workers, we become a major part of the Salvation process amongst our fellow man, as conveyors of God’s messages and plans regarding everyone who is found living under his protective covering.

The Oral Prophet, on the other hand, operates point-blank; the message is concise and to the point. God says, “Hear Me” and “Obey,” for this is my absolute Will. This is not up for discussion or a group consensus.

While God is extremely diplomatic, gracious, benevolent, patient, and merciful the majority of the time, there are those seasons when man strays so far off of the line that truth has been betrayed beyond acceptable bounds!

God’s mercy is revealed with a swift reprisal to save us from impending doom or destruction that we have machinated against ourselves.

Each and every day, thousands of people die from what could be deemed pre-mature death, brought on either through illness, accident, violence, and war. Each one of these people has a story, which exists within the Spiritual Plane of Existence.

They have angelic beings attached to them, whose job is to watch over, guide, teach, and protect, as the soul, supposedly, is being refined unto perfection.

Why do these catastrophic events take place?

Because man is deaf, dumb, and blind to the voice of God, and to his messengers; corporeal, such as those physical earth people like us, and the angelic…

It is the Church Hierarchy’s final responsibility, as Ministers, Pastors, and Evangelists, to teach their members the importance of working in conjunction with the Prophetic Voice of God’s Messengers.

They must be taught to respect these Gifts of God and to trust in them!

With these gifts, they stand as if naked before God and man!

All mysteries are revealed, all inadequacies exposed, all weaknesses and frailties are brought forth so that that man could know his position and place before the Grand Master of all life.

This way, the necessary cleansing, and perfecting procedures could fulfill their work.

Seeking these Gifts on a personal level is a necessary aspect of developing your specific avenue of Salvation. The process of development is required training, needed to be able to see yourself for who you truly are.

On an earthly level, mankind sees the visual accomplishments of those who exert themselves above and beyond basic living and existence. Wealth and monetary rewards are the results of hard work, ingenious planning, and a creative and imaginative mind.

Scholastic abilities arise in those who discipline themselves with dedicated research and study. But these are visual aids seen with the naked eye.

There are multitudes who consider themselves, born-again Christians; they attend church, donate monies, partake in worship, and praise ceremonies…

But when it’s all done, and they stand to receive their just rewards, their bank accounts are virtually empty because no deposits have ever been made within the spiritual plane of existence.

None of this physical world’s accomplishments will follow us into heaven; only those that we fulfilled or performed via the Holy Spirit and its gifts will be remembered or counted in the next stage of life.

Create your Spiritual Destiny today while you are still alive, and begin your Prophetic Journey of Life, which will prepare you for your next.