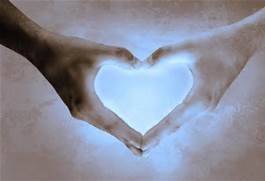 Their Purpose And Meaning

The symbolic Tree of Life enabled the Essenes to understand how they were surrounded by forces, or angels, from the visible world of nature and the invisible cosmic world. The Communions show how each of these forces is utilized in man’s body and consciousness.

The Communions are said to have been originated by Enoch, and were again brought forth by Moses to Esrael, the elect of the people, on the two stone tablets he first brought down from Mount Sinai.

The second set of tablets he brought down contained the Ten Commandments, the outer teaching, which he gave to the rest of the people, known as Israel. But the small minority, the Esrael, or the Essenes, from that time on, held their communions morning and evening, to the earthly and heavenly forces, regulating their lives according to the inspiration received from them.

The Communions have three immediate objectives.

The first is to make man conscious of the activities of the different forces and forms of energy, which surround him and perpetually flow toward him from nature and the cosmos.

The second is to make him aware of the organs and centers within his being which can receive these currents of energy.

The third is to establish a connection between the organs and centers and their corresponding forces so as to absorb, control and utilize each current.

The Essenes knew that man has different bodily systems to absorb the different energies from food, air, water, solar radiations and so on; and they knew that each individual must control and utilize these powers for himself through his own conscious efforts, and that no one could do it for him.

The Communions were practiced each morning and evening, a different earthly force being meditated upon each morning upon arising, and a different heavenly force each evening before retiring, each day of the week. This made a total of fourteen communions during each seven-day period.

At each of the Communions the designated force was concentrated upon, contemplated and meditated upon so that its power could be absorbed and consciously utilized in whatever intensity was required.