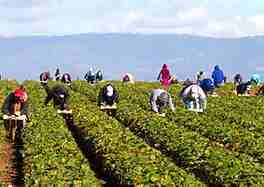 Part 1: Early History of the Essene

To truly understand the value of this group of people, known as the Essene Nation, we must explore the very foundation of humanity upon this earth. For the most part, what mankind knows about his roots, is gleaned from the recorded history coming directly from a book known as the Bible.

Of Course! The Truth, The Whole Truth, and nothing but the Truth, “So Help Me God”!

A Truth that our Catholic indoctrinators have insisted is accurate!

Concepts that have been forced upon us, or else face the rack, and a barbeque pit…

I believe that there is much more to human history than has been presented to gullible hierophants of the Catholic Religion; there is a suppressed history purposely hidden from the masses.

Why would they do this to us?

The answer is quite simple! Human population control, can only work, if you control mankind’s knowledge base! The more ignorant, and naïve your catechumen, the more power and control you have over every aspect of their existence.

The Catholic Church was created upon an ancient platform of Paganism and Orthodoxy; meaning that, “We are the Holy Priests, and you are our cattle to milk and sheep to shear”.

“We know everything, so that you do not need to know anything”;

“Your Salvation is in our hands”;

“We promise you, you will receive your Salvation, as long as you listen to us and do whatever we tell you to do”…

“Who you are as an individual is of no consequence”!

What we need as Holy Priests, are slaves who will do our every bidding, no matter how crude or obtuse our demands are…

This form of human population control was no accident! It was formed and established by the very Elohim Gods themselves, who set themselves up upon this earth as our “Gods”!

The Catholic Orthodox Church simply followed in the footsteps of the Jewish Orthodox Church, who were also extremely loyal to the Mythological Titan Gods known as the Elohim, the ancient Gods of Babylon and Egypt…

To give you an example of the established system, lets take a look at early American history, predominately that of the southern states.

It was a time when the land was vast and unsettled, except by barbarian natives, who lived like aboriginal nomads off the land, as hunter-gatherers. It was easy to displace them, burn down their villages, and ostracize them further into the wilderness.

The land was free for the taking! Hundreds of thousands of acres of fallow ground, just waiting to be harnessed, and turned into gold…

All we need is a workforce, but there is none to be had.

The problem was solved, we will help the poor indigenous people of Africa, travel to this new promised land as laborers, in order to share in the earth’s prosperity and wealth. Hundreds of thousands of new black immigrants were brought to this new land, absolutely for free; not one was charged so much as a penny. In return for this benevolence, and in great gratitude, we offer ourselves as permanent employees, forever dedicated to our benefactors as slave laborers.

With the combined effort of hundreds of thousands of these new, (sort-of) American citizens, working in the fields seven days a week, sixteen hours a day; the gold began to flow in such abundance, that the Plantation owners simply were forced to live in exquisite opulence beyond their imagination.

In fact! With this new found wealth stream, the Plantation owner began to realize a life only reserved for the wealthy dynastic families of royalty of their European predecessors; a new class of royalty was born, the American Businessman…

The Black farm laborer of course was so grateful to their new owners; in exchange of their free labor, they were allowed to live a virtual Utopian lifestyle themselves.

All the free fruits and vegetables that they could eat, as they worked in the fields!

Why do we need to wear clothes anyways? They would just get soiled and need to be washed later! Just imagine! Someday in the future, people will actually pay money to go camping and to live on the land, like we do today! So what that it’s a hovel with a dirt floor; that our bed is just some old straw that we stole from the barn, that we walk barefoot in the mud, and all that we wear are rags that we could patch together! Our Love and dedication to our Royal Slave Masters is payment enough… Or so it would seem!

So depending on whose perspective we are observing, history could be interpreted with multifaceted translations…

What obstinate reprobates these African Blacks are anyways! After all that we did for them! After all that they got for free! And they still rebelled! And to this day complain about those wonderful years back on the old farm?

This is exactly the history of early man; those people that we read about in the ancient chronicles of the Bible! The Adama and EaVa races were simply slaves living on giant plantations as farm laborers, for the Elohim Gods. And just like the Black slaves of early America, they lived that perfect Utopian lifestyle of free food; free housing, free medical attention; and free of any clothing over which they would need to worry and fuss over.

In exchange for their very dedicated and loyal subservience, they could be allowed to partake of an elixir of life, designed to prolong human life, quite possibly, by thousands of years.

Just imagine a well-trained and loyal subject that knows the routine so well that they could be left alone to fulfill their required responsibilities for thousands of years without any additional training! Think of the costs that could be saved in the long run!

This place was called the Garden of E-Din!

A virtual Utopian Paradise! Well! Maybe not for the slaves of course! But the Plantation owners sure got to bask in the life of Riley!!!