The Journey Of The Mystic 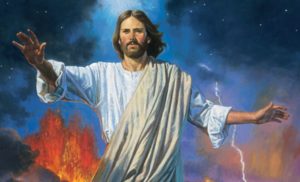 The Prophetic Mystic is one of the most misunderstood individuals on Earth, not to mention one of the most ridiculed. It doesn’t matter whether he is a Christian prophet, a Buddhist sage, a Sufi, a Shaman, a psychic, a master teacher, etc. All genuine mystics have gone beyond the fundamentalist mentality and entered the inner world of God’s Reality.

The Mystic is more comfortable tuning into the spiritual world because he feels more awkward in the physical world and never seems to fit in anywhere. He is often judged as being somewhat eccentric if not blatantly strange.

Mystics tend to be shy and introverted rather than gregarious. They find it somewhat difficult to socialize; however, when they have become used to a certain group of people, especially a spiritual gathering, they feel right at home.

As strangers in a strange world in the earth plane, they feel more at home in the spiritual realm. This is one of the reasons they tend to act shy or distant around others.

Now, of course, this is not true with all Mystics, as there have been a number of outgoing and socially comfortable individuals who have walked the road of Mysticism. They have gained inner balance and confidence and a reasonable degree of self-mastery, whereas many Mystics are still unfolding on the Spiritual Path and are still seeking this balance.

Sometimes they feel as if they are walking a tightrope, seeking a balance between the physical and spiritual, and a spiritual Master is one who has found that balance.

There is something about walking the Mystical Path that causes the Mystic to feel awkward and out-of-place in the physical world until he has found that balance and reached mastery over both worlds.

He tends not to be an intellectual, but he is more intuitive, although he seeks the balance of both mind and heart. The true Mystic has a purified heart, for he has renounced the world’s negative ways to a large degree, and he feels compassion for others and love for the Beloved, the God within.

He lives by the affirmation:

He sees the unseen and hears the unheard!

Although he is a transient in this world, he has gone beyond the “Veil” and entered the invisible world of “Spirit,” but he can move between the two worlds.

He sees things most people do not see, and he hears the still clear Voice of God within his heart.

Some Mystics are in tune with angels and spirit guides, or other light-beings in the spiritual realm, but not all of them are this spiritually sensitive. There are varying degrees of Mystics, for some can perceive realms of higher dimensions more clearly than others.

Some are beginners or even initiates who are still learning the ways of the Mystical Path, whereas others are Masters who now lead the way for others.

The Mystic may have studied various esoteric teachings or numerous traditions. Still, he has not necessarily attached himself to any one of them, for what he seeks is not without, but within.

He realizes that many paths can lead to God, but he has discovered that the inward way of the spiritual is a more direct path.

Although he may associate with a particular church or group and interact with its people, he remains detached from such religious organizations. He has found what he has been looking for within his own self because it is not something to be found in a physical group.

He will associate with a particular group to serve and uplift its people and not so much for his benefit or personal goals.

He knows that finding the right religious group is not the goal, for he knows that the idea of “one true religion” is erroneous.

He knows that his real purpose is finding and experiencing the God-Being within, and then teaching and demonstrating to others how to find this inner reality.

He can easily tune into Nature, which displays the beauty of the world and the universe, for these are pure reflections of God’s Nature and beauty that is all around us. However, he can likewise easily tune into the God within himself, feeling the Presence and listening to the Voice herein.

For he knows that God is within and without, and he senses this Divine Presence anywhere and everywhere he goes.

The Mystic is often a lonely soul as long as he lives in this outer world. He lives a personal life and tends not to share his innermost feelings and experiences with others, mainly because most people will not understand them.

As our meditation and inner work allow us to glimpse the inner dimensions of ourselves, we are also aware that these experiences cannot be communicated to the outside world…

The inner reality, which becomes a more central part of our life, isolates us from ordinary people in the sense that only those who have similar experiences can understand us.

Therefore, they gravitate toward people of like-mind and like-heart.

His life in the outer world is not fulfilling because he only feels fulfilled in his heart’s inner spiritual realm, where God resides.

In his perception, God is not only an outer reality but also an inner living experience. Although God lives in all things and resides throughout the whole existence, God’s core is within his own being, for this is the source of his interior contact and experiences with the Divine.

The foundation of his unfolding life is based on his inner experiences of a higher reality, for he has gone beyond the need for a belief system. What he has experienced firsthand of the spiritual reality does not require simple belief any longer.

He lives in the reality of gnosis, or inner knowing, rather than in the concrete dogma formulated by religious hierophants, which simply is a carnal man’s idea about God.

Instead of merely believing in God, which was the beginning of his path, his sincere faith led him to the realization and experience of God within himself, which is the pivotal point of the Mystic’s life.

Where do these esoteric teachings come from?

What is their original source?

These inner teachings go far back into the distant mists of time, even before recorded history…

But the sources of these schools and mystery teachings essentially come from the ancient and mystical Essene White Brotherhood and its emissaries who have walked the Earth for many thousands of years, teaching and enlightening people of all nations.

The essential aim for the Greater Work of the sacred Wisdom Teachings is to raise humanity’s consciousness! To lift people into a higher vibrational level, through Illumination and the other great Initiations, so that they will eventually enter Cosmic Consciousness.

At this point, they will become Masters of Life who will reach down and lift others up as well. And so the spiritual cycle continues until all members of mankind eventually become enlightened.

The Age of World Illumination is approaching.

The Golden Age Of Light Is Upon Us…